Design of a dancestage and functional wall for Horst Arts And Music Festival 2018.
With 019-Ghent.

019-Ghent: "With Wand (translates as Wall), we do not only create one of the music stages, but also a monumental intervention in the scenography of HORST 2018. The installation is a multilayered reflection on the curatorial theme and the specific historical site. The wall is an essential architectural element, an archetype, which delineates terrain and distinguishes between inside and outside. In line with this, the wall also refers to the increasing amount of borders that are currently being built. Additionally, the installation, as an urban development gesture, also structures space and guides the public; it hence becomes the spine of the festival, in which necessary services and functions (such as a stage, entrance, bar and toilets) are contained. Formally, the wall invokes a castle wall as it would be imagined by a child, including battlements and banners. These flags are actually existing artworks, designed by different visual artists. The wall is thus also the carrier of an exhibition within the exhibition. This multi-purpose intervention shows how 019 thinks of a space, and how it often operates as its co-author." 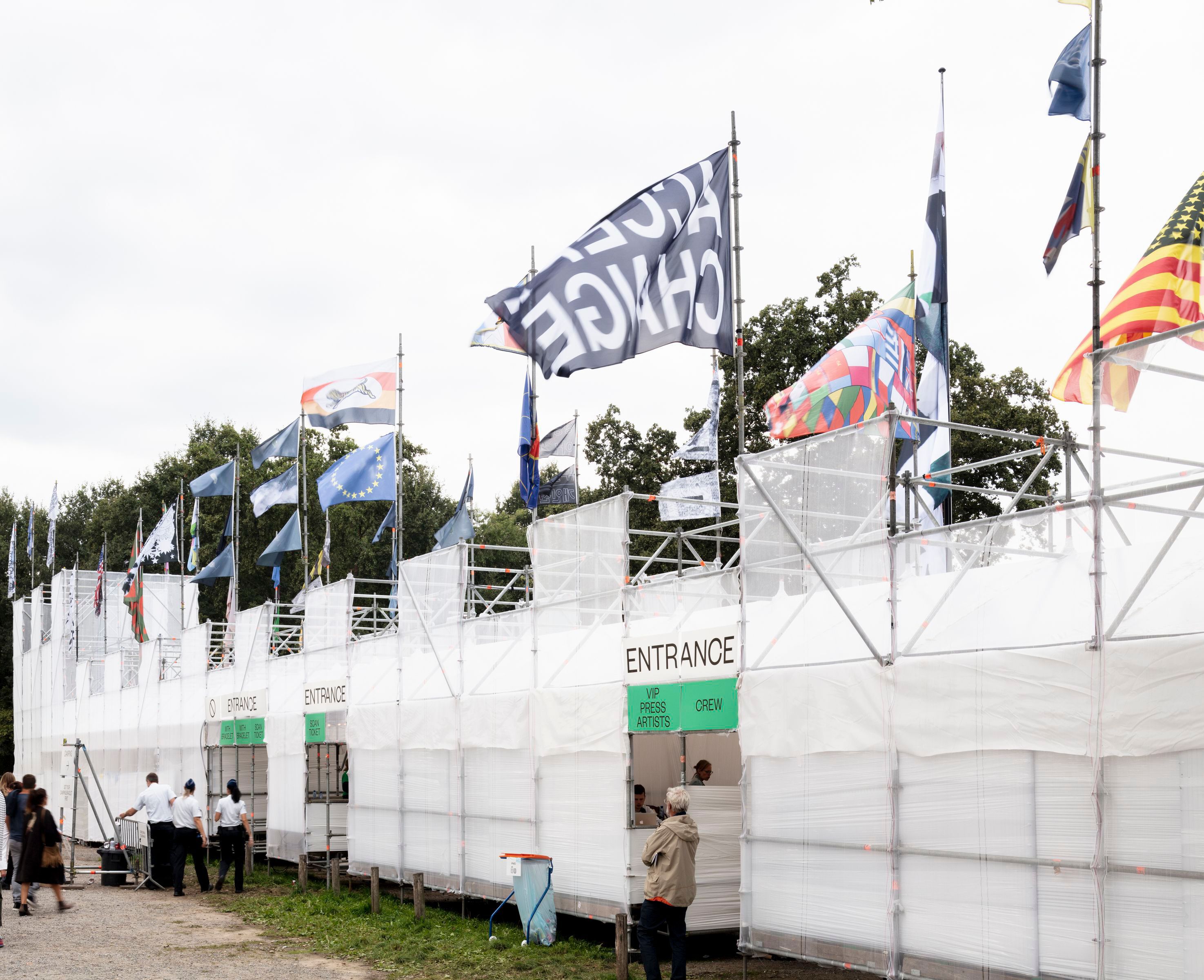 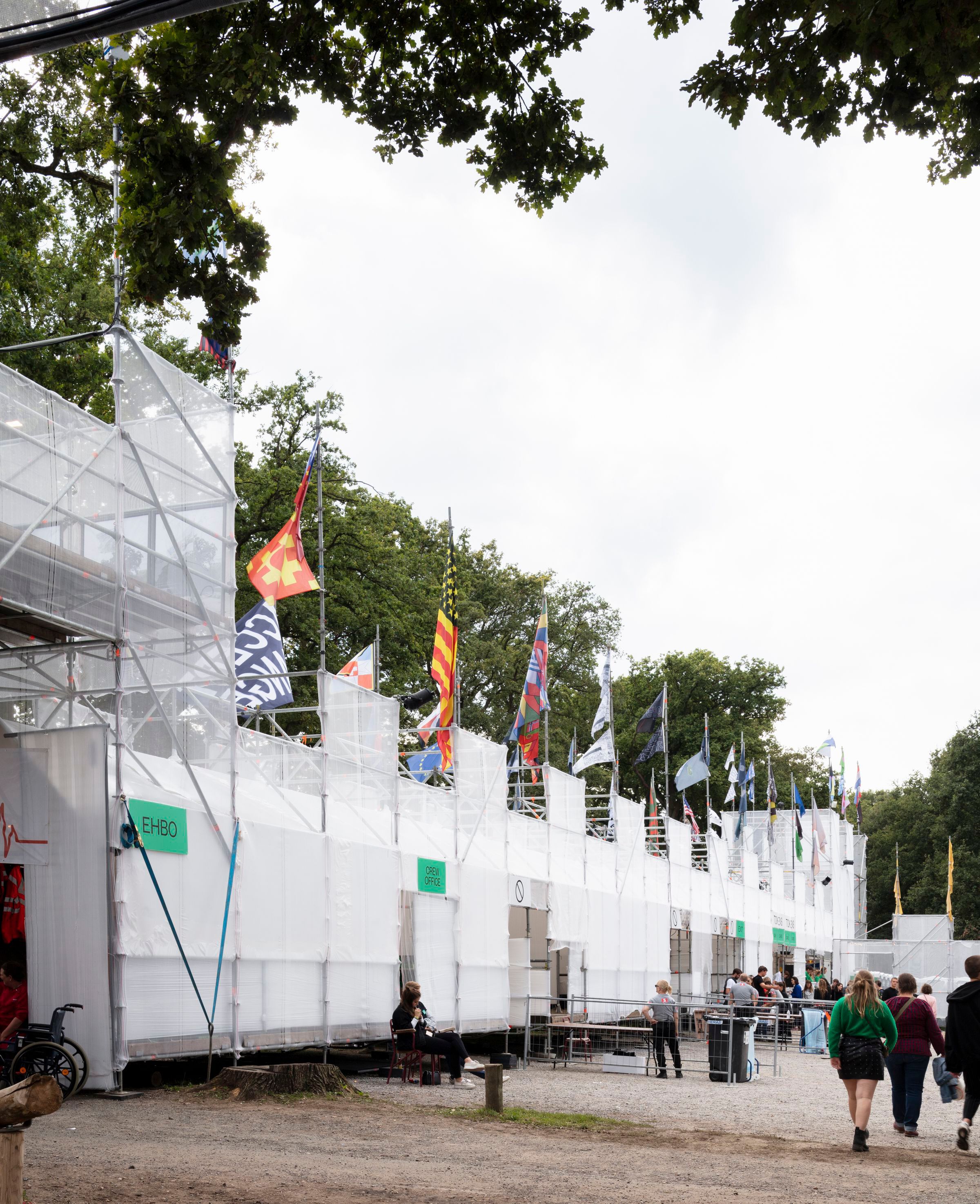 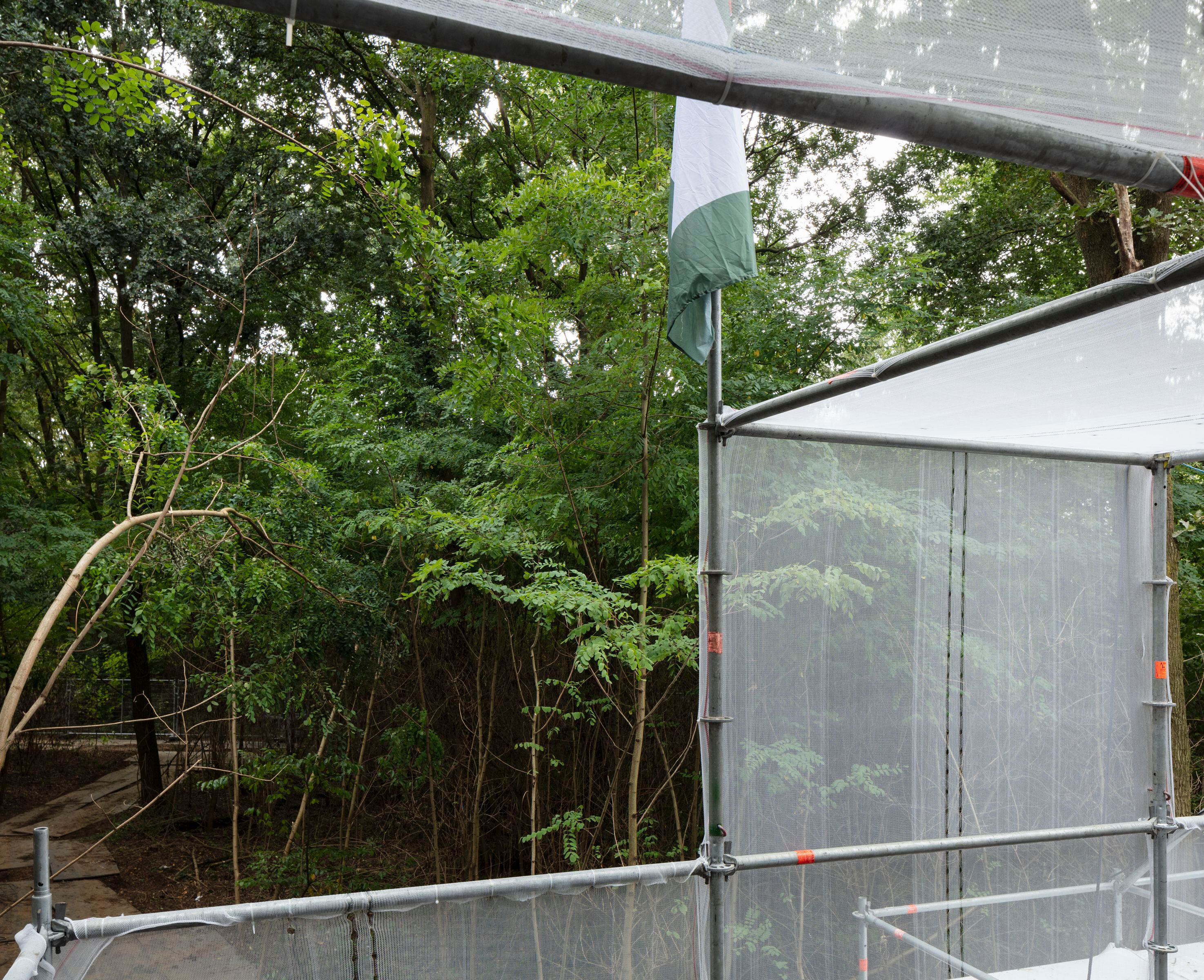 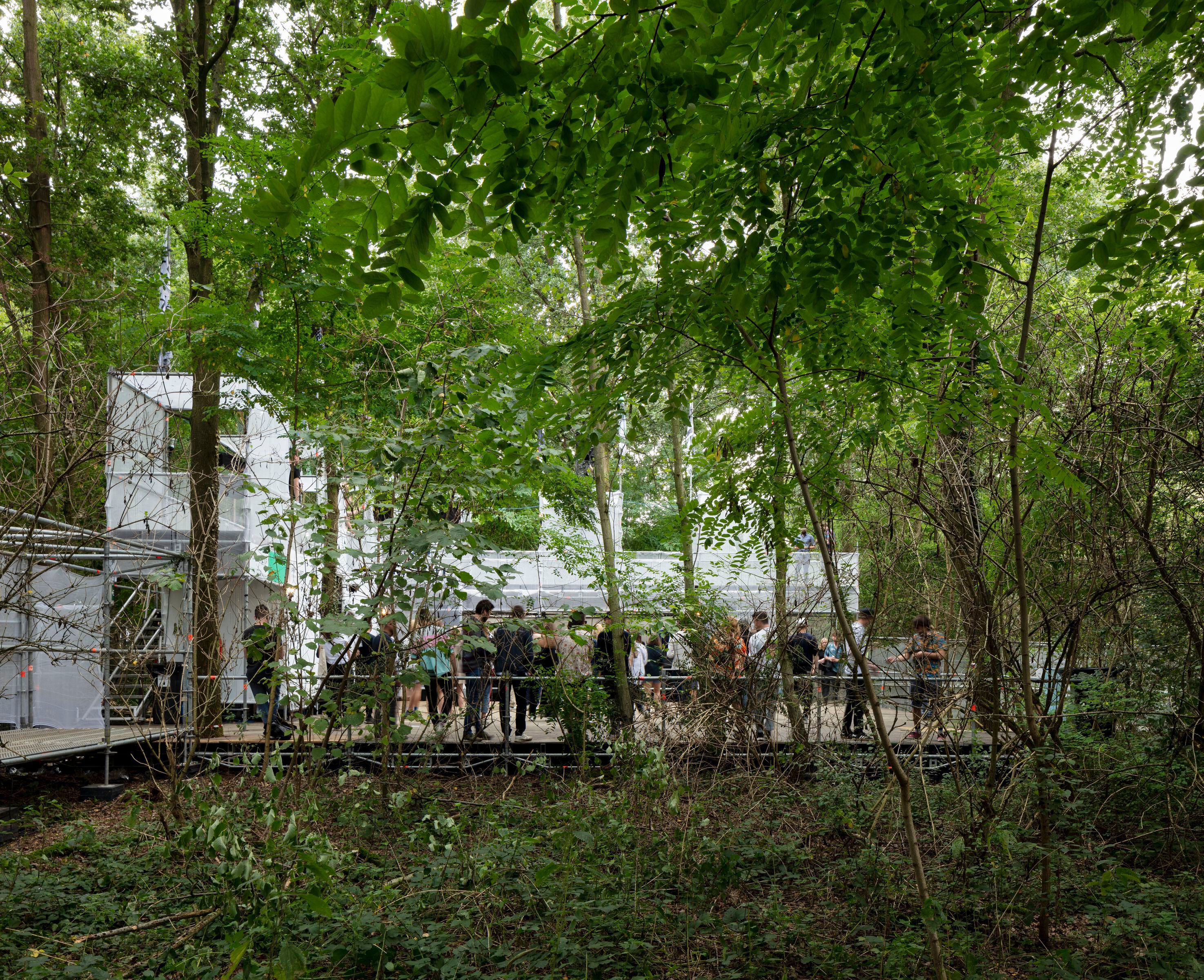 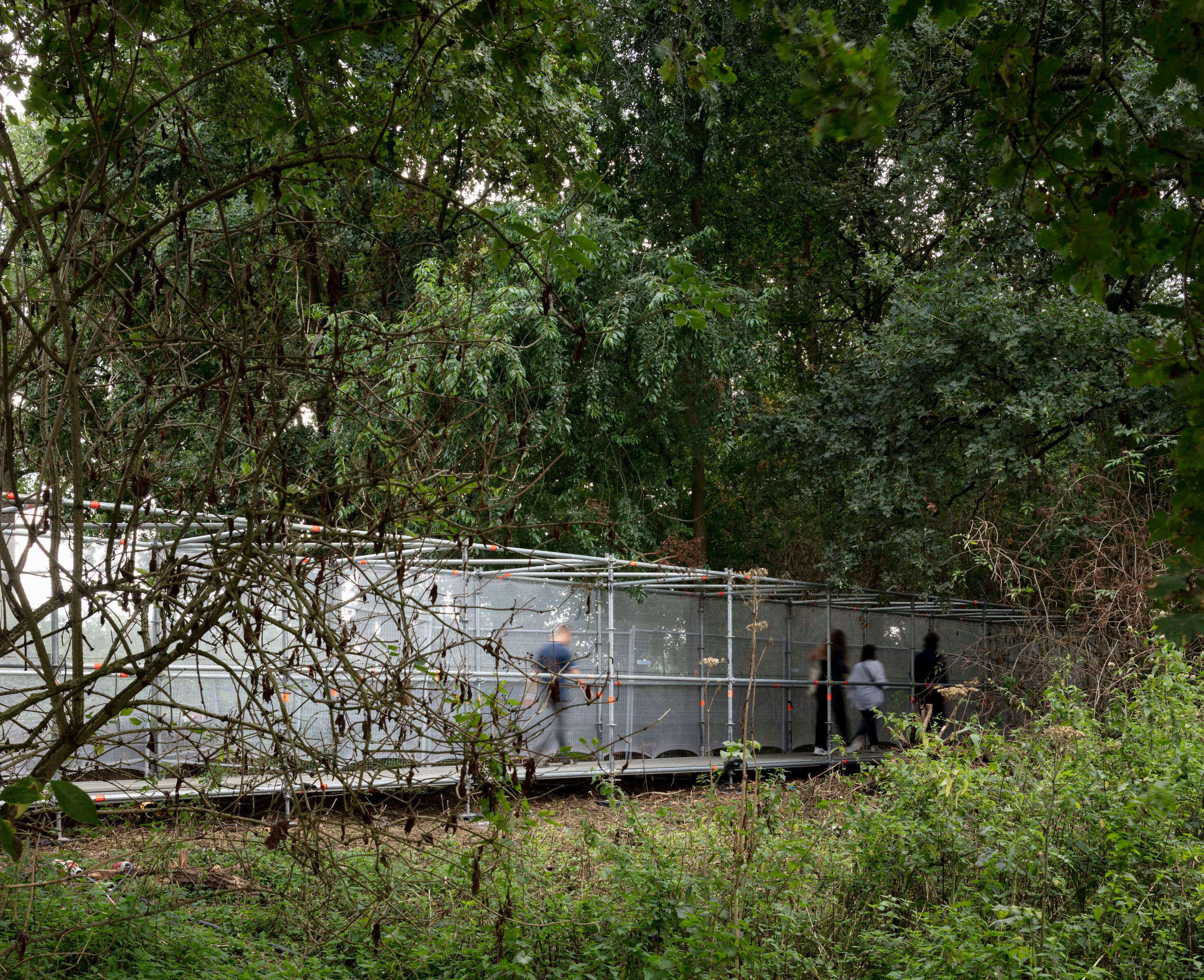 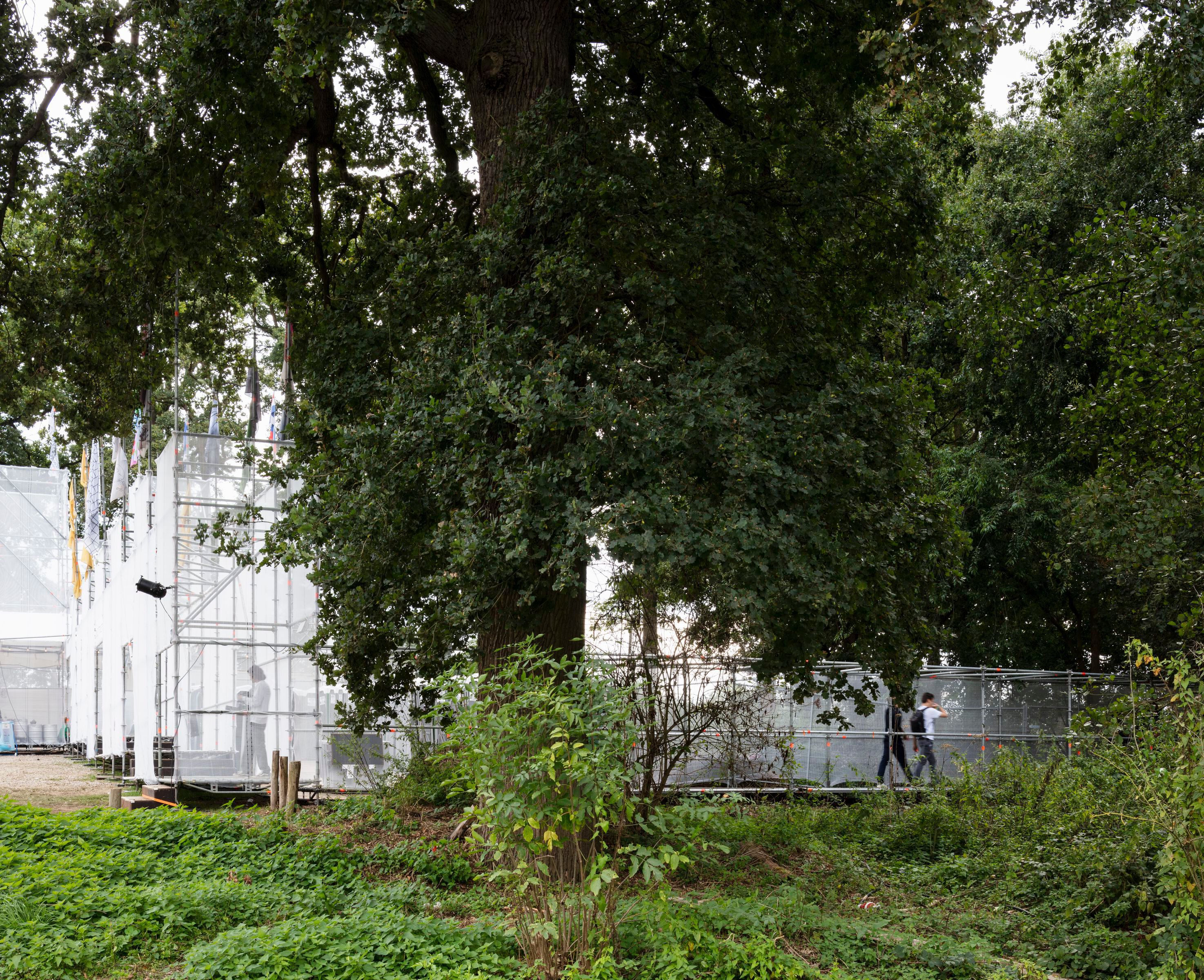 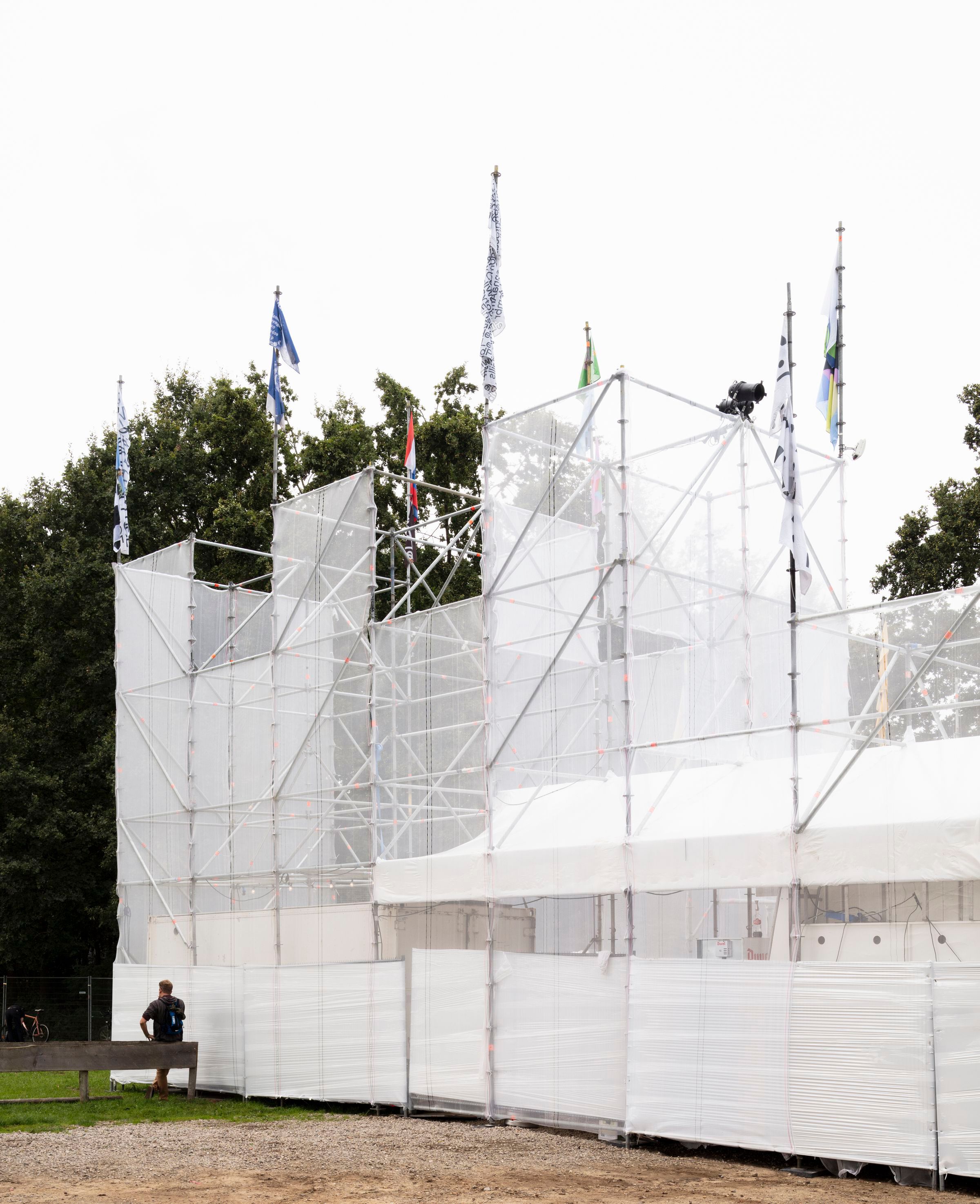 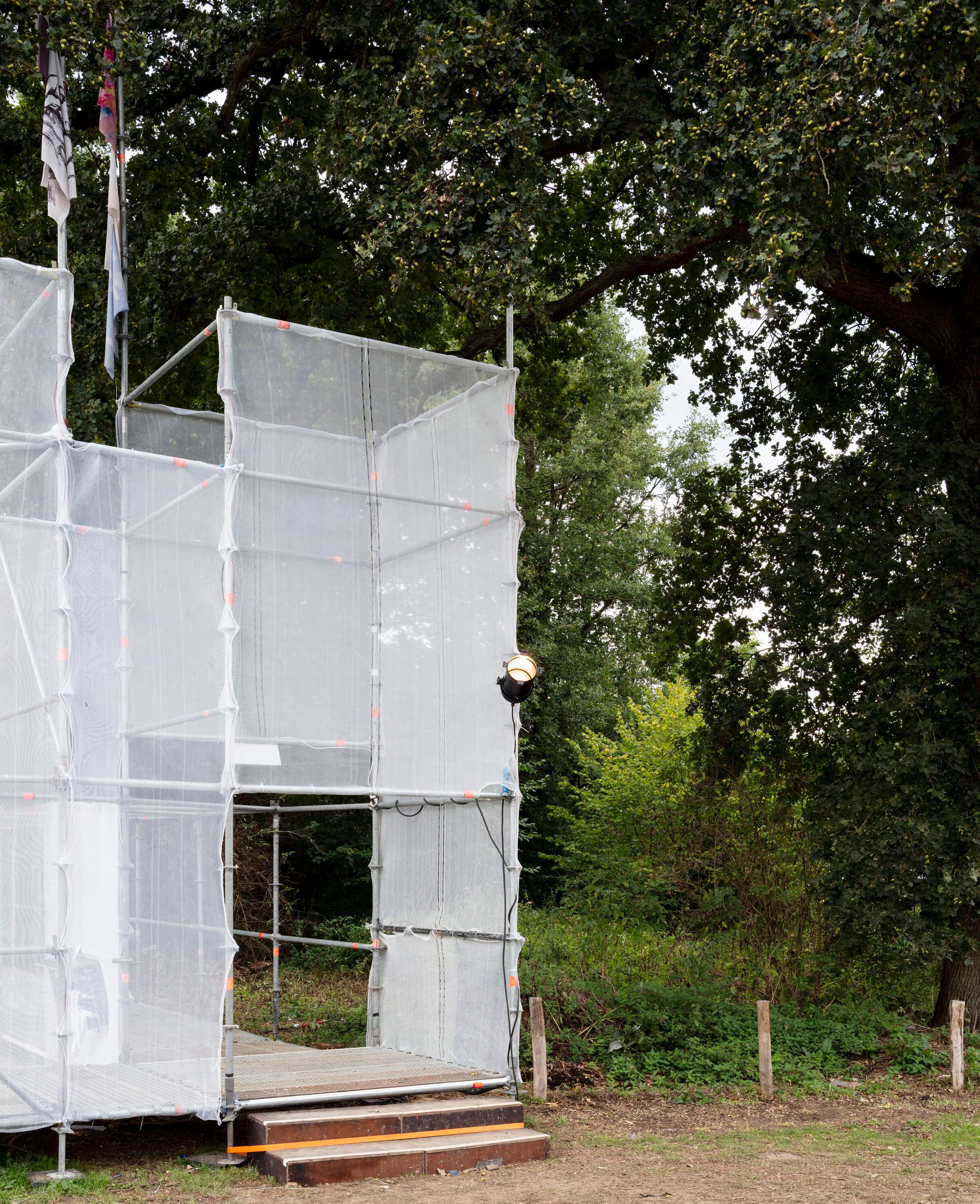 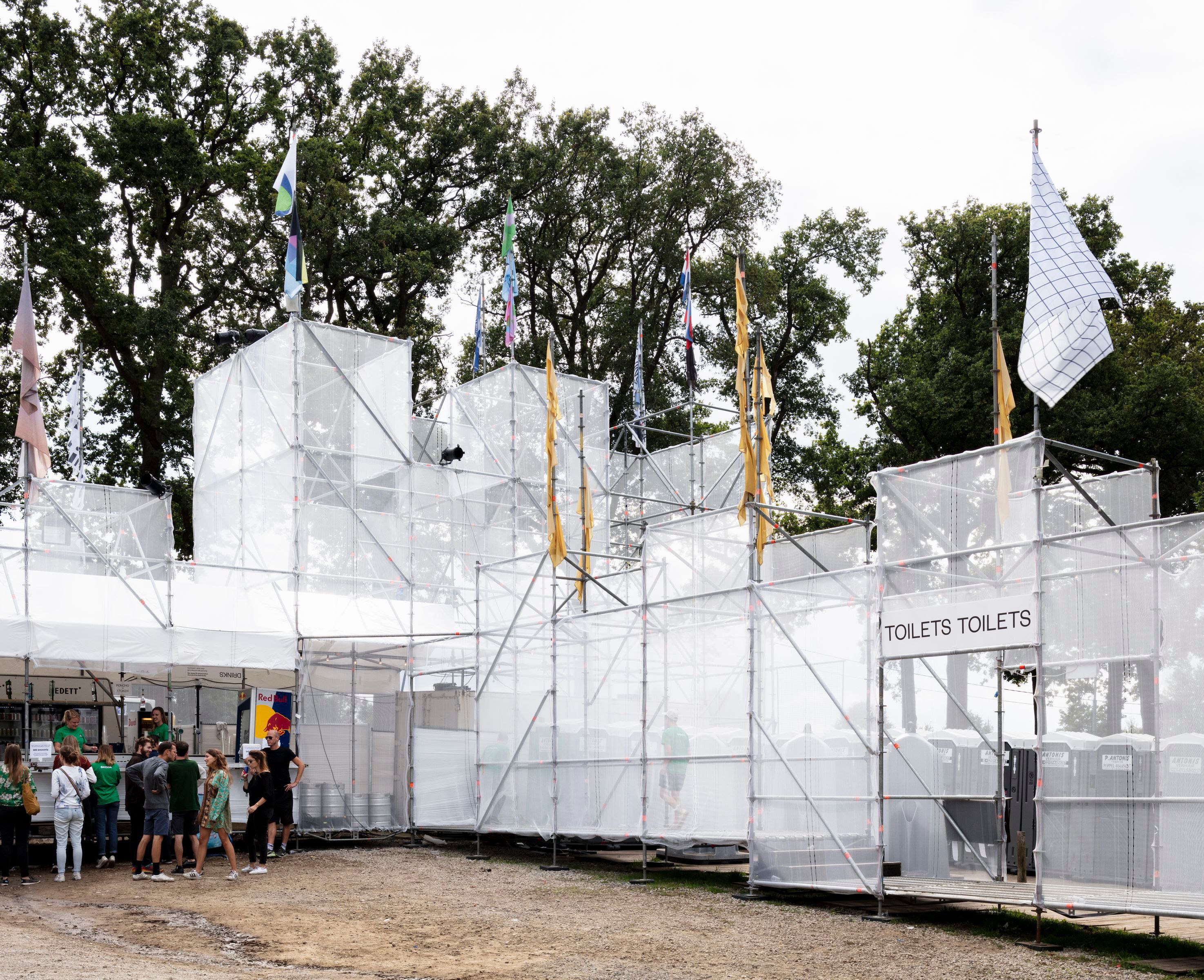 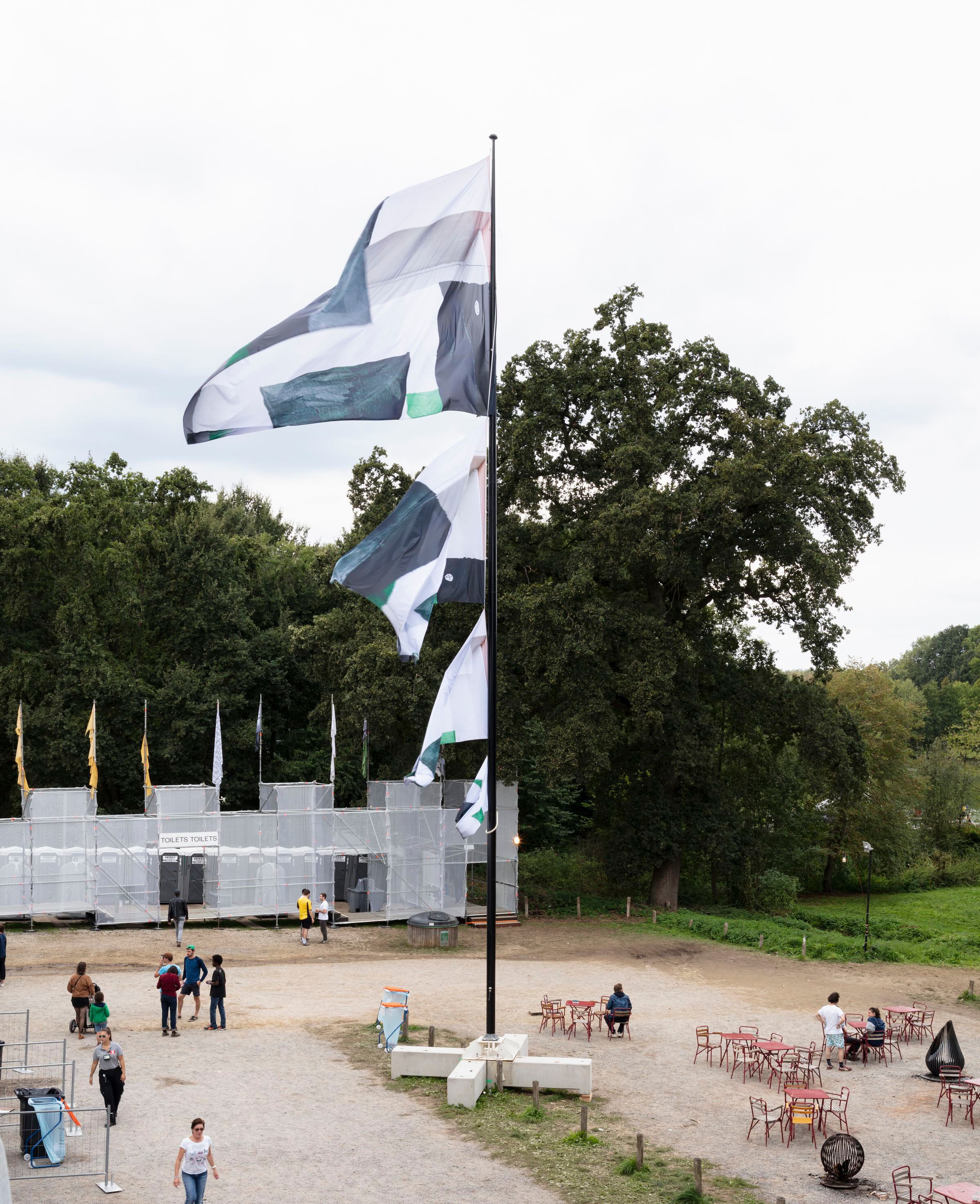 Big flags above by Katja Mater. 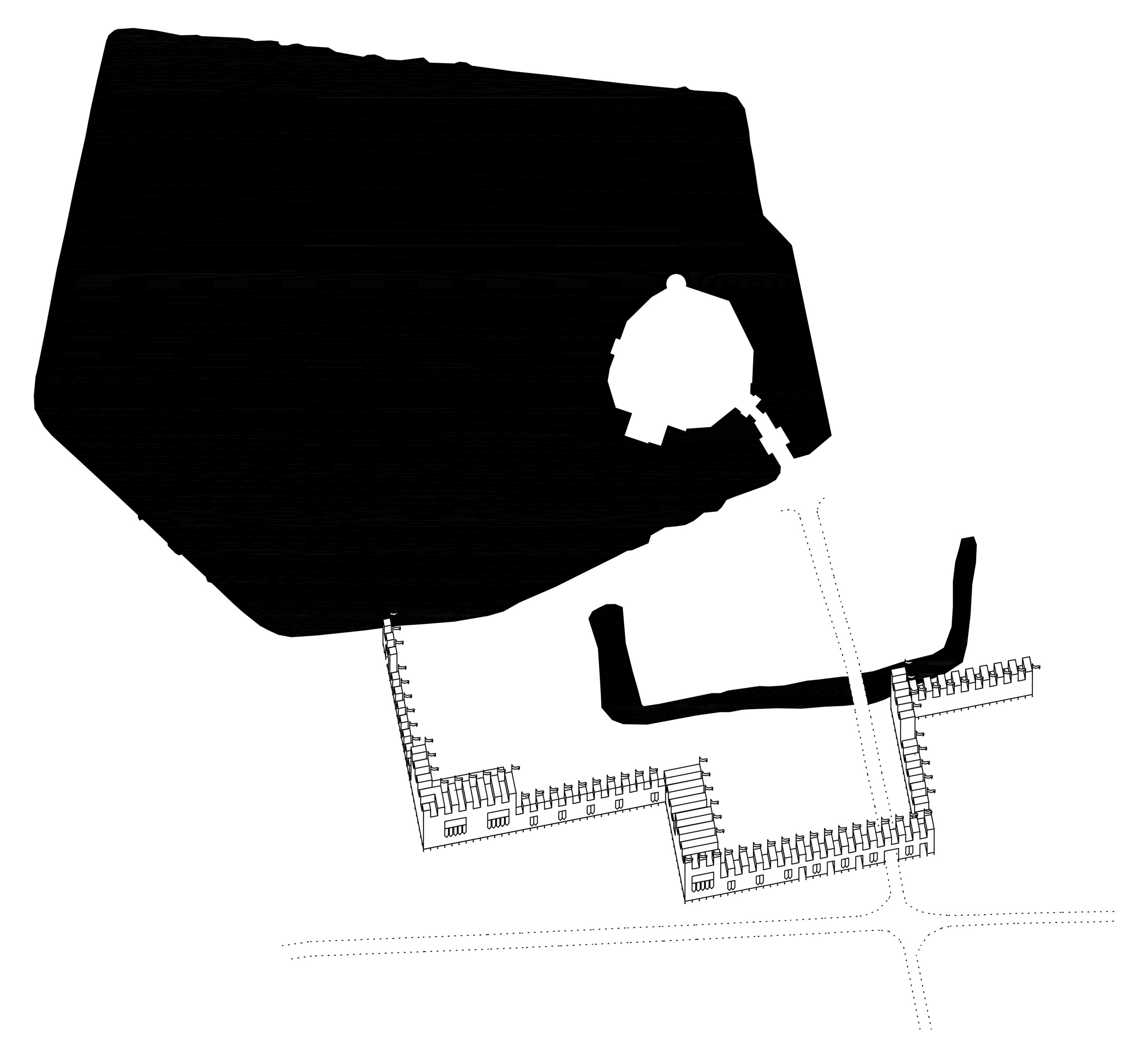