A magic cube of 4x4x4 cubicles. A plywood centre piece which is on the inside cladded with 96 mirroring sheets of aluminum; each 50x50cm. Central on the aluminum sheets a number is written. The sum of these numbers in all horizontal lines, vertical lines and in the spatial diagonals equal 130.
As you go inside the cube you wear a hat that illuminates the walls of the cube while mirrored on mirror, in front and on the back, are the missing numbers of the 4 central cubicles; the inner cube of 2x2x2 cubicles.

Magic hypercubes, magic cubes and magic lines are mathematical harmonieus sequences of numbers which lay at the basis for proportion systems within nature.
In human culture, the most famous magic surface describing a magic line of 34, is seen in the Albrecht Dürers engraving Melancholia I.

What I find intriguing is the fact that there is a continuous logic within the different spatial (hyper)dimensions of these systems.
The shadow of a 3D cube makes A 2D surface. The 3D spatial lines reflect a harmonious 2D surface line.

All 2D works presented in this exhibition can be understood as derivations from a 3D magic cube and its 2D shadow. 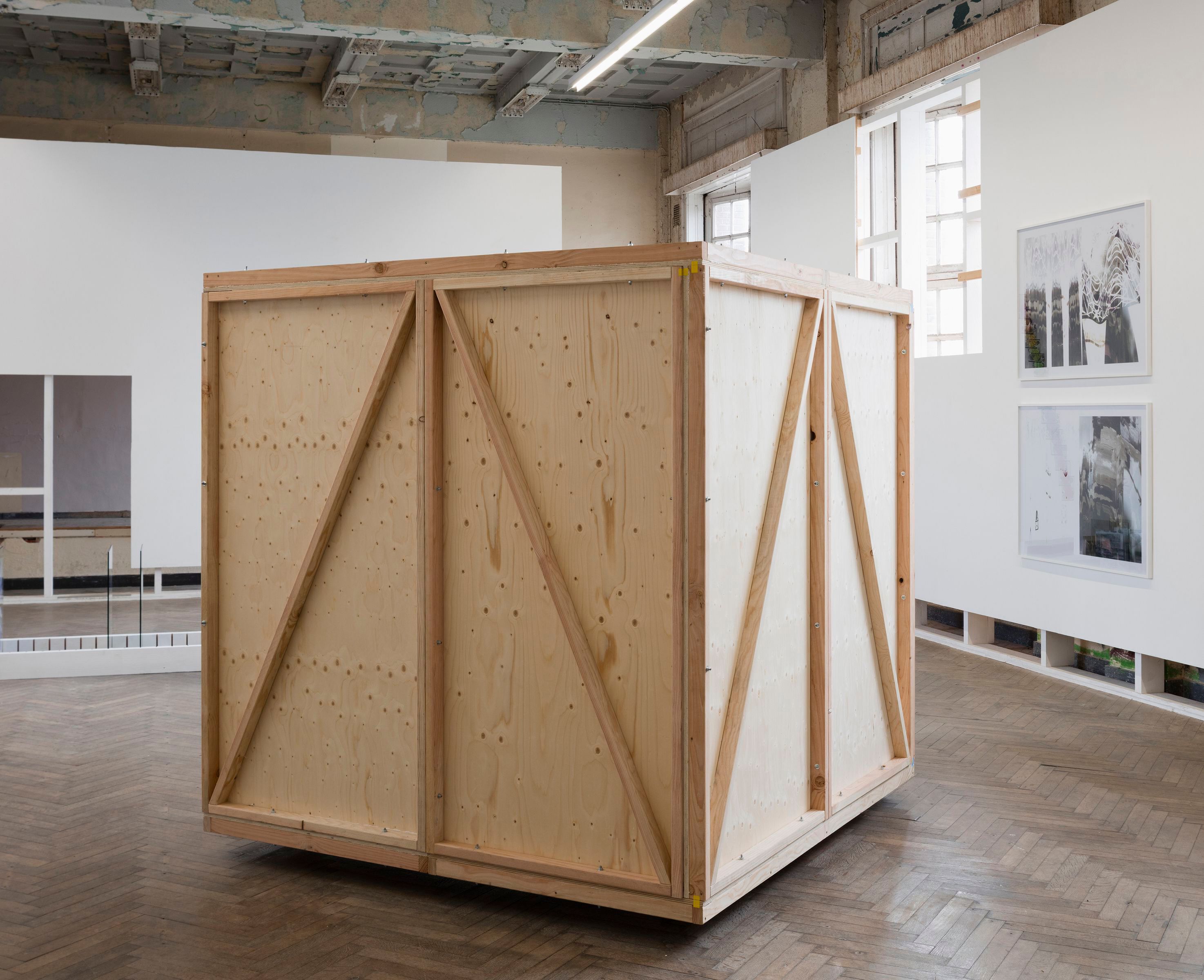 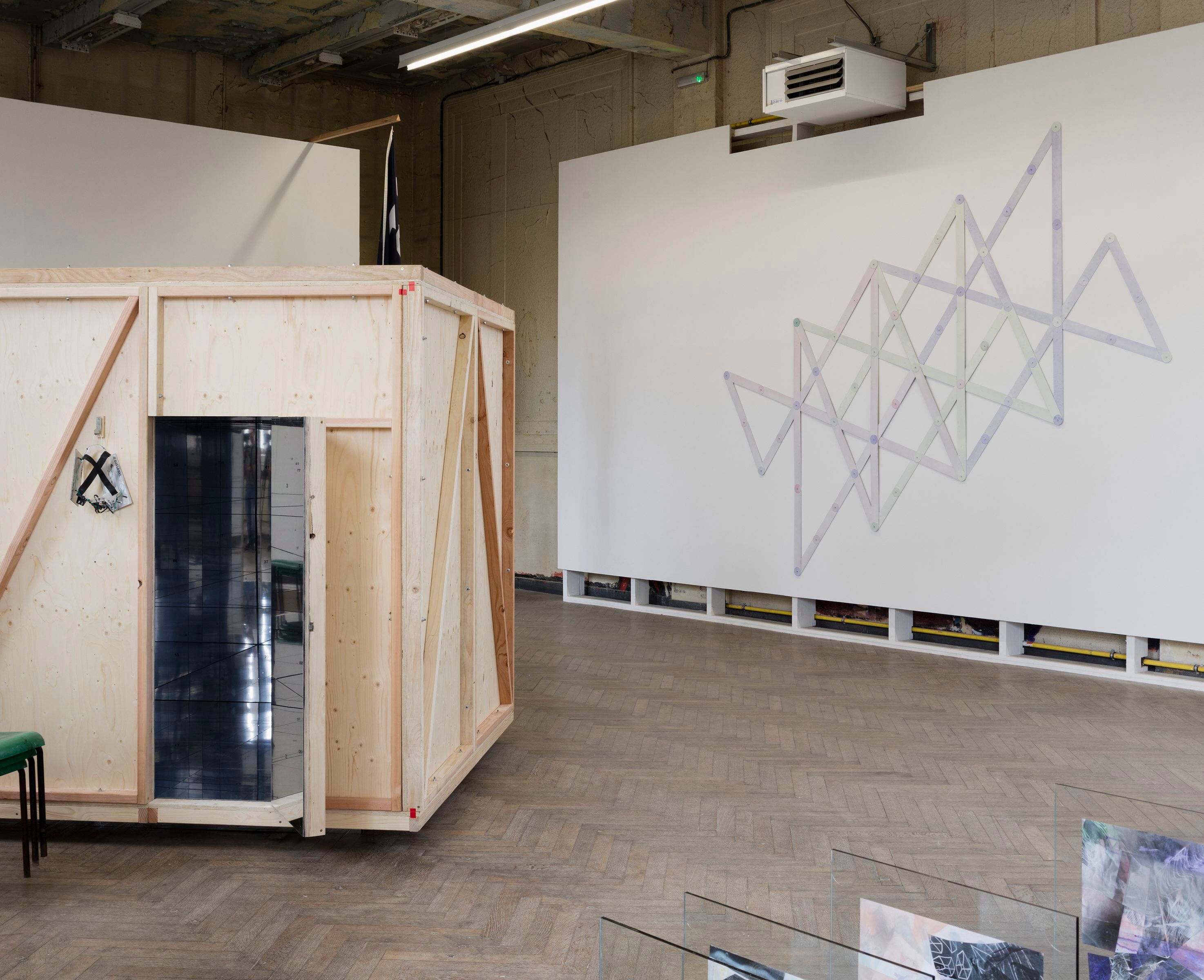 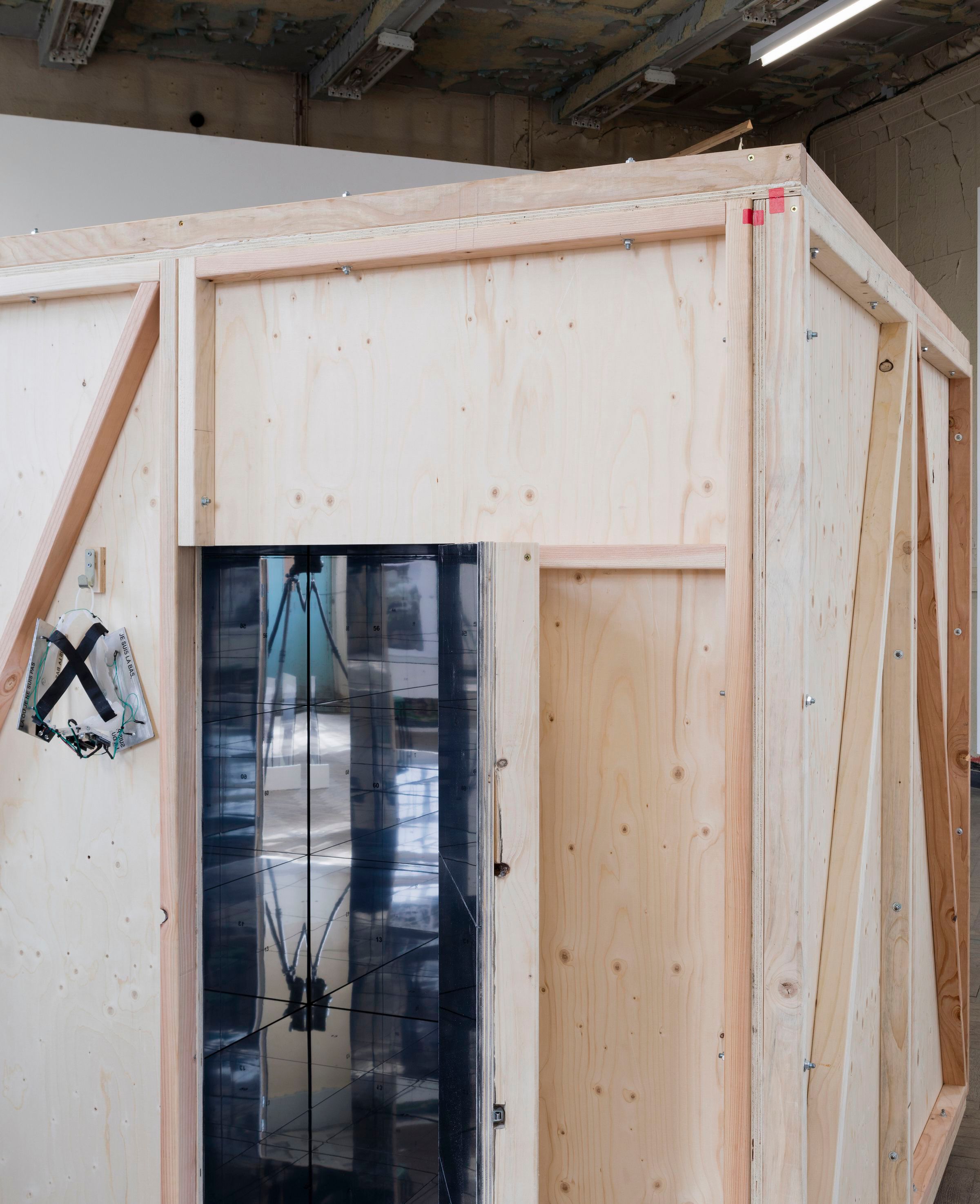 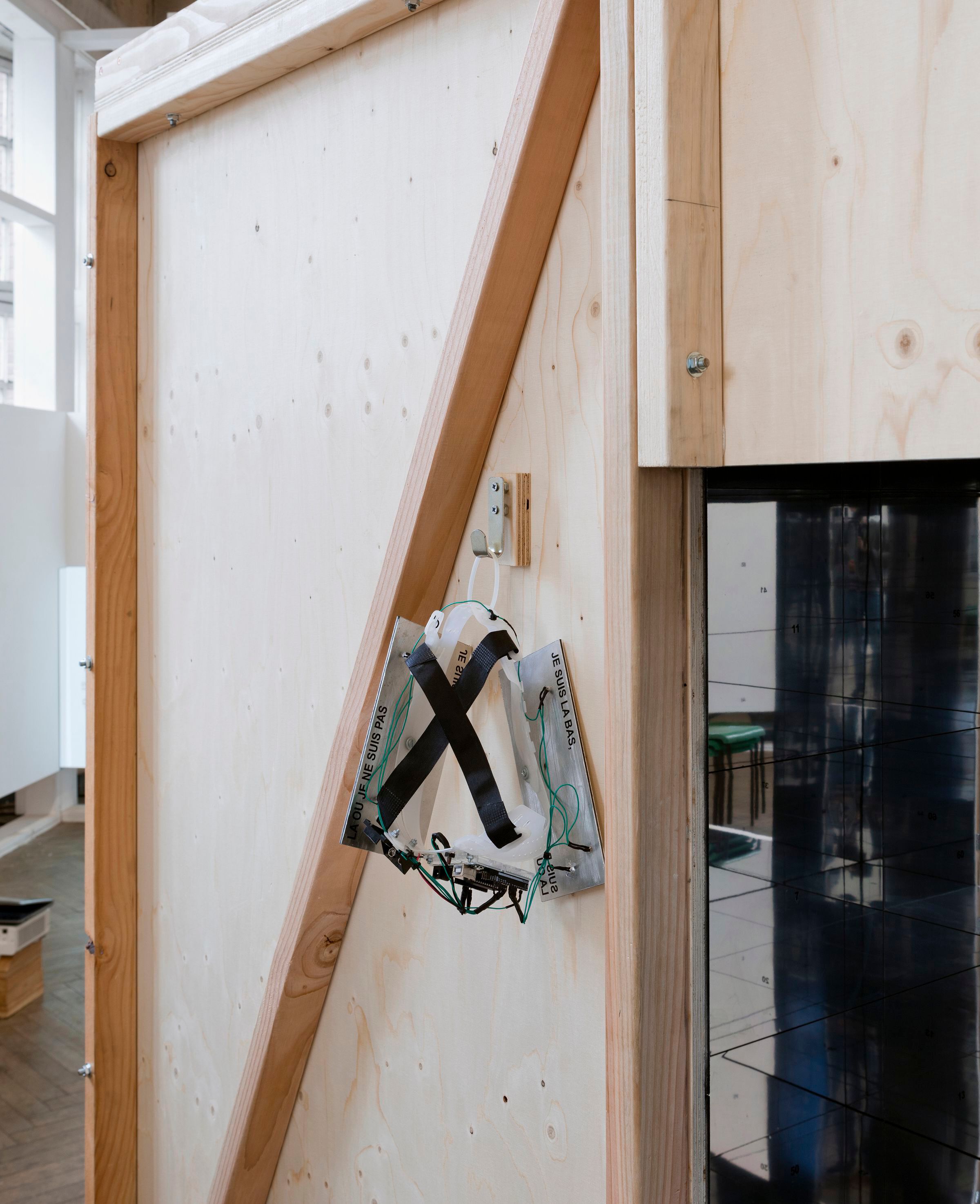 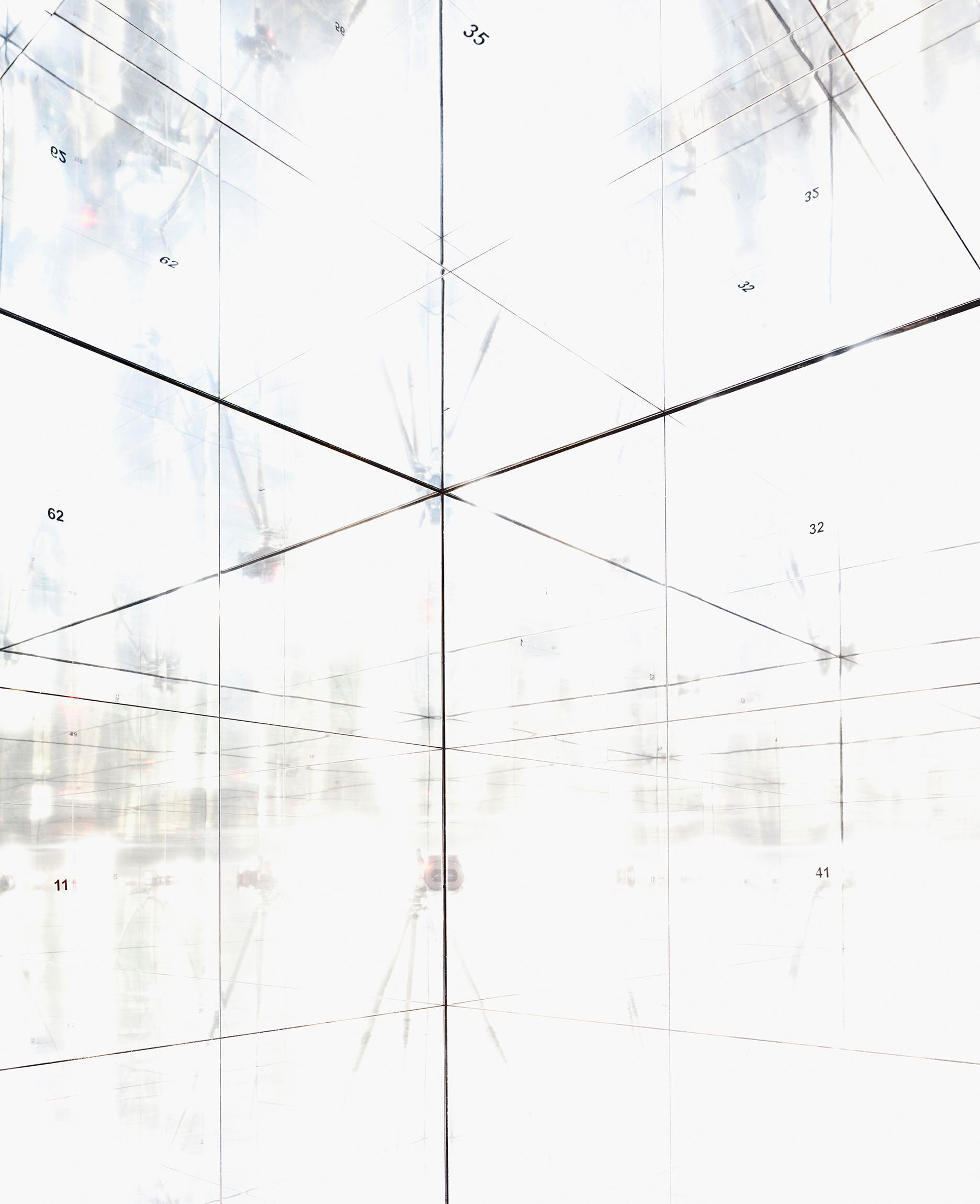 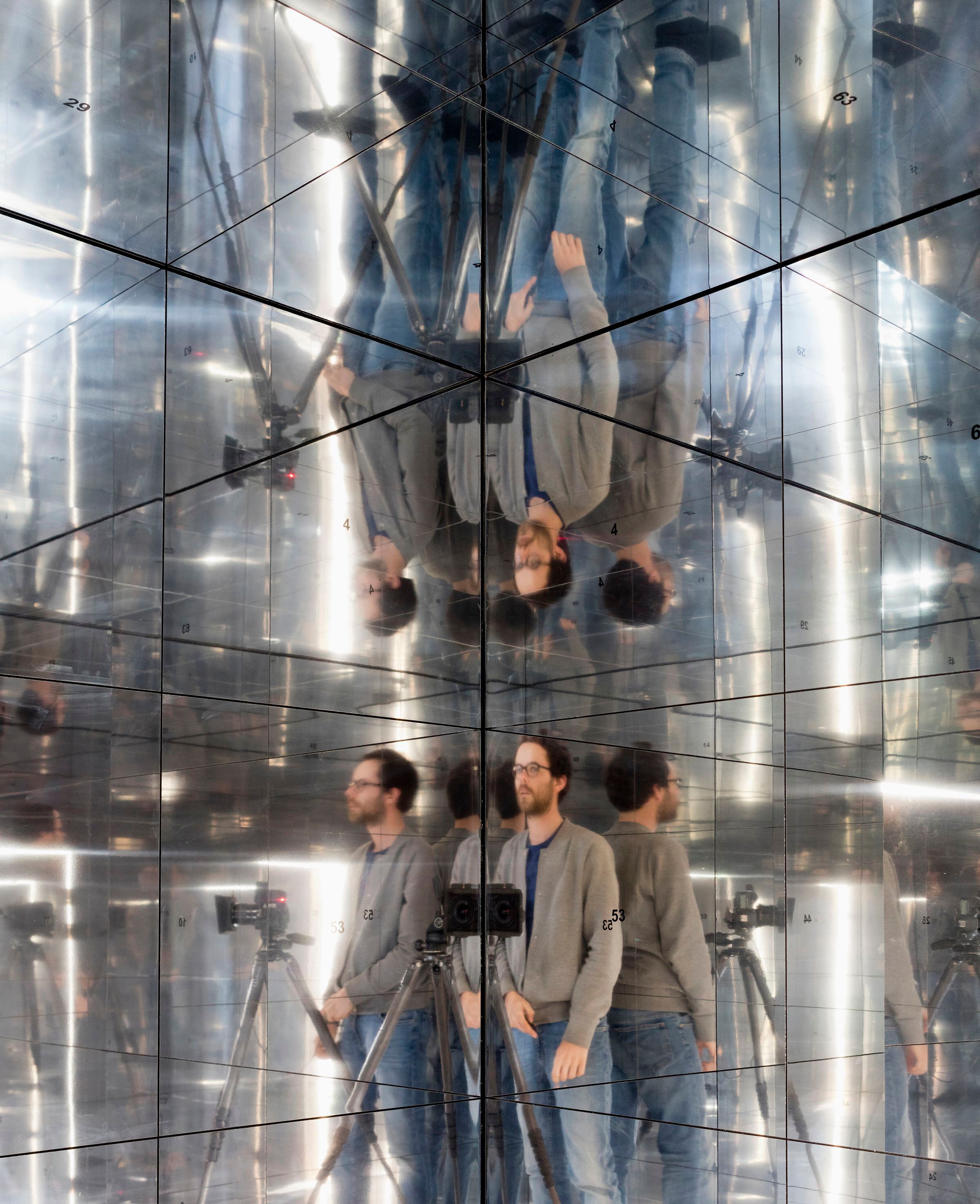 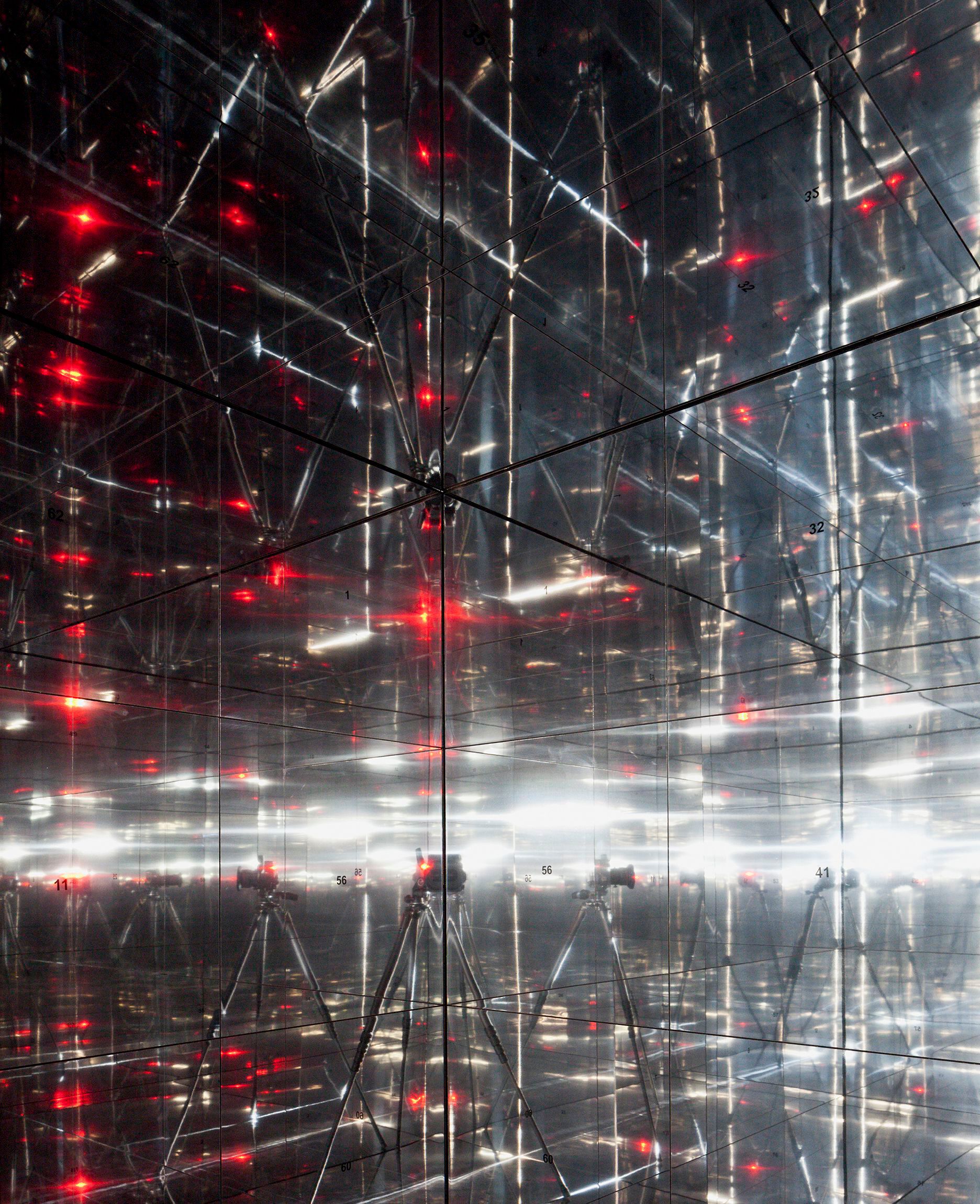 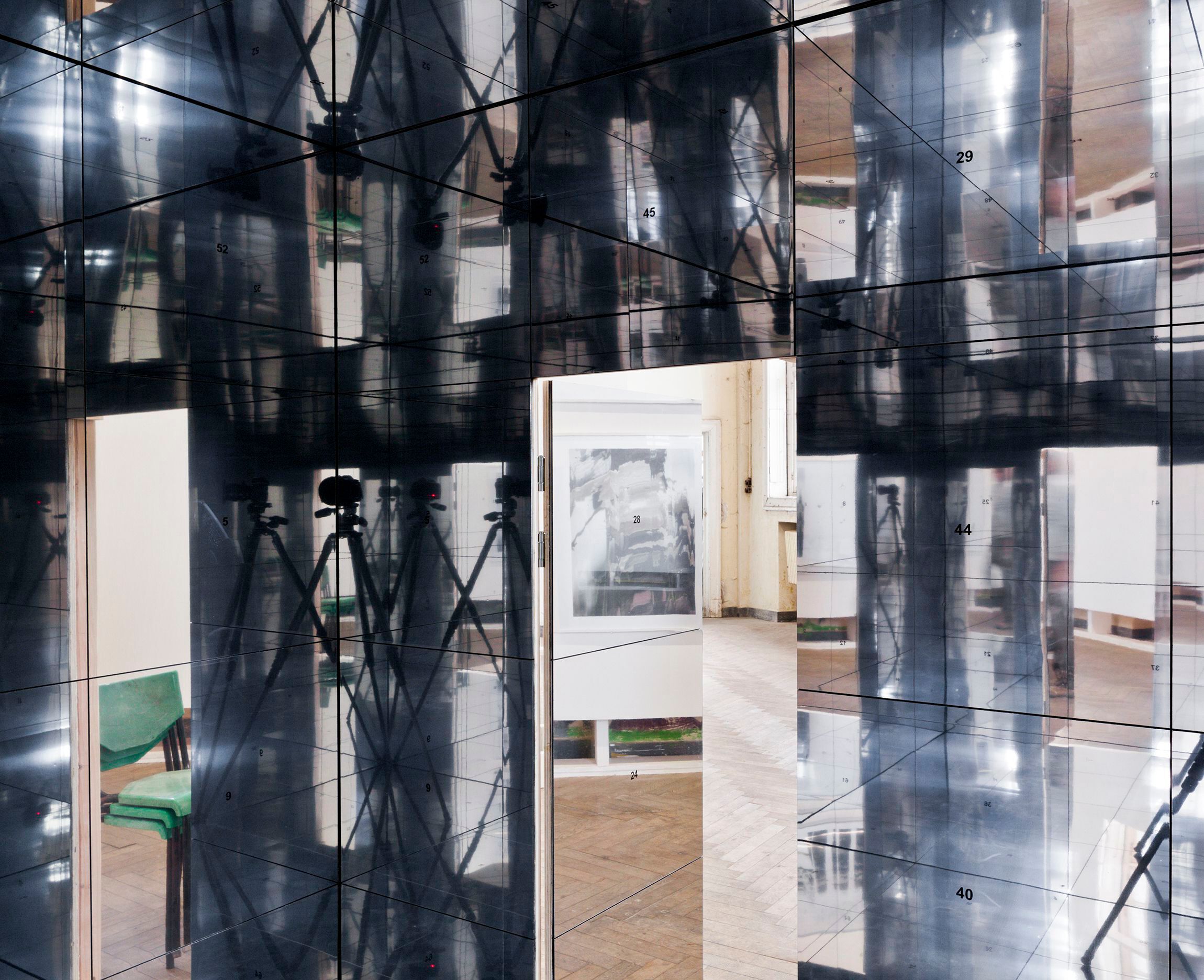 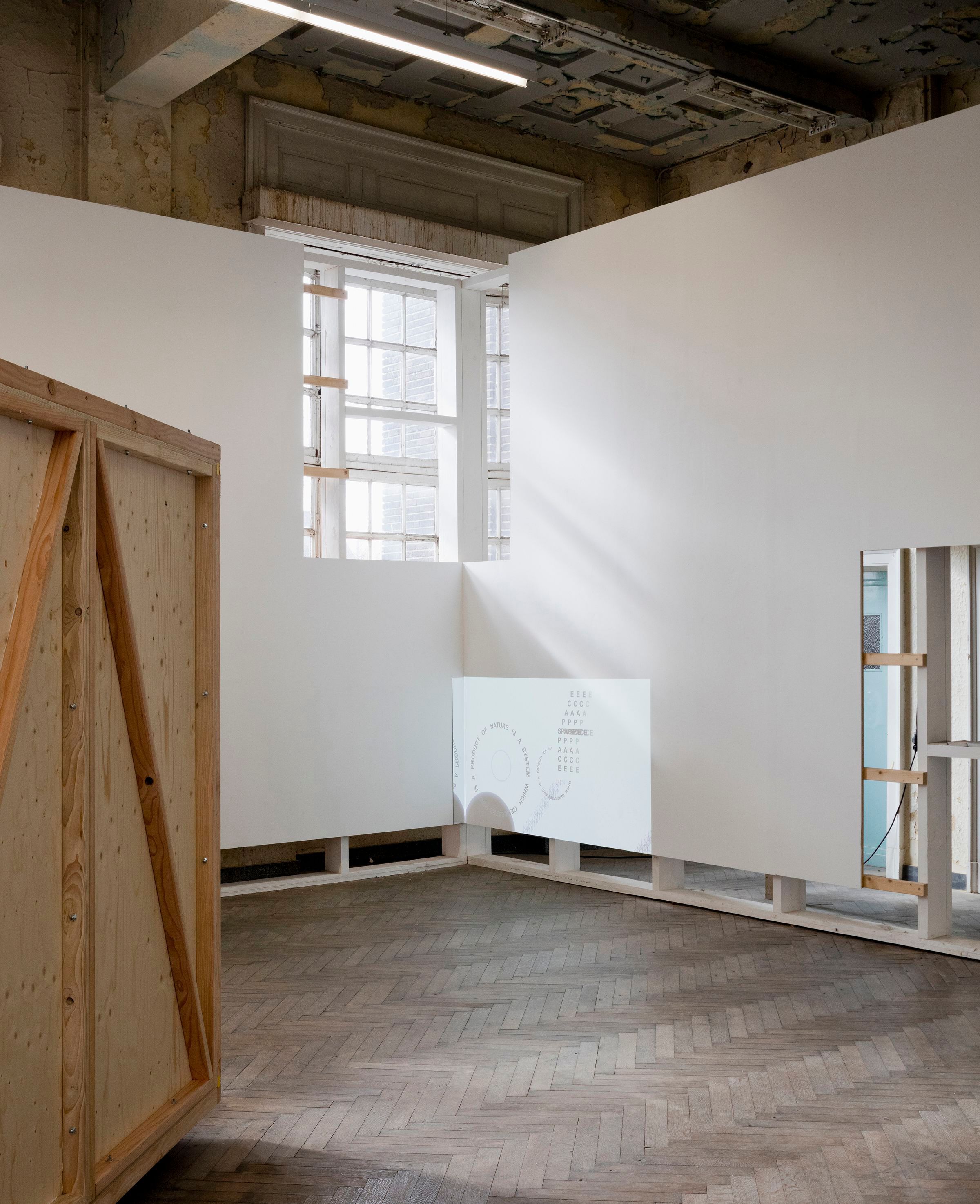 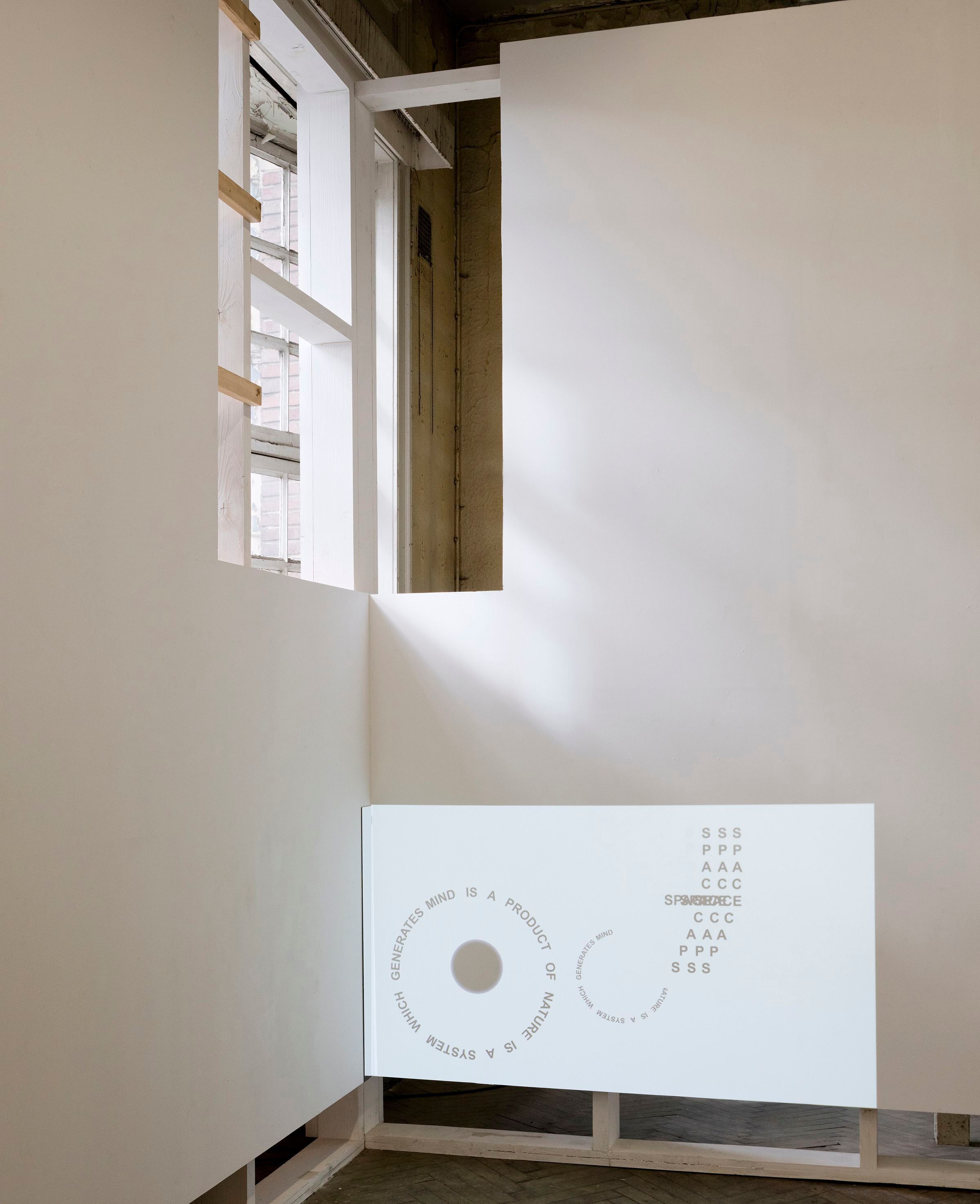 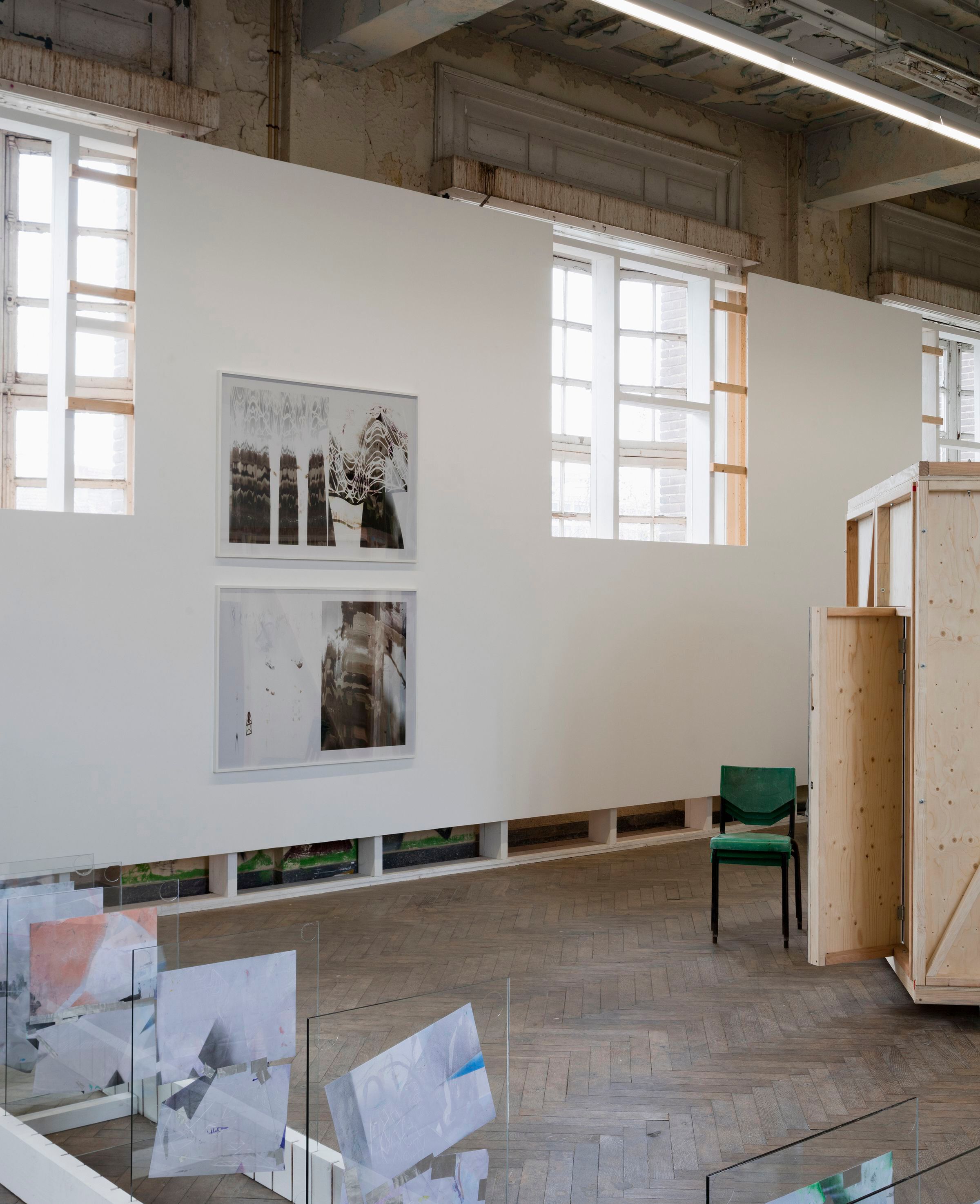 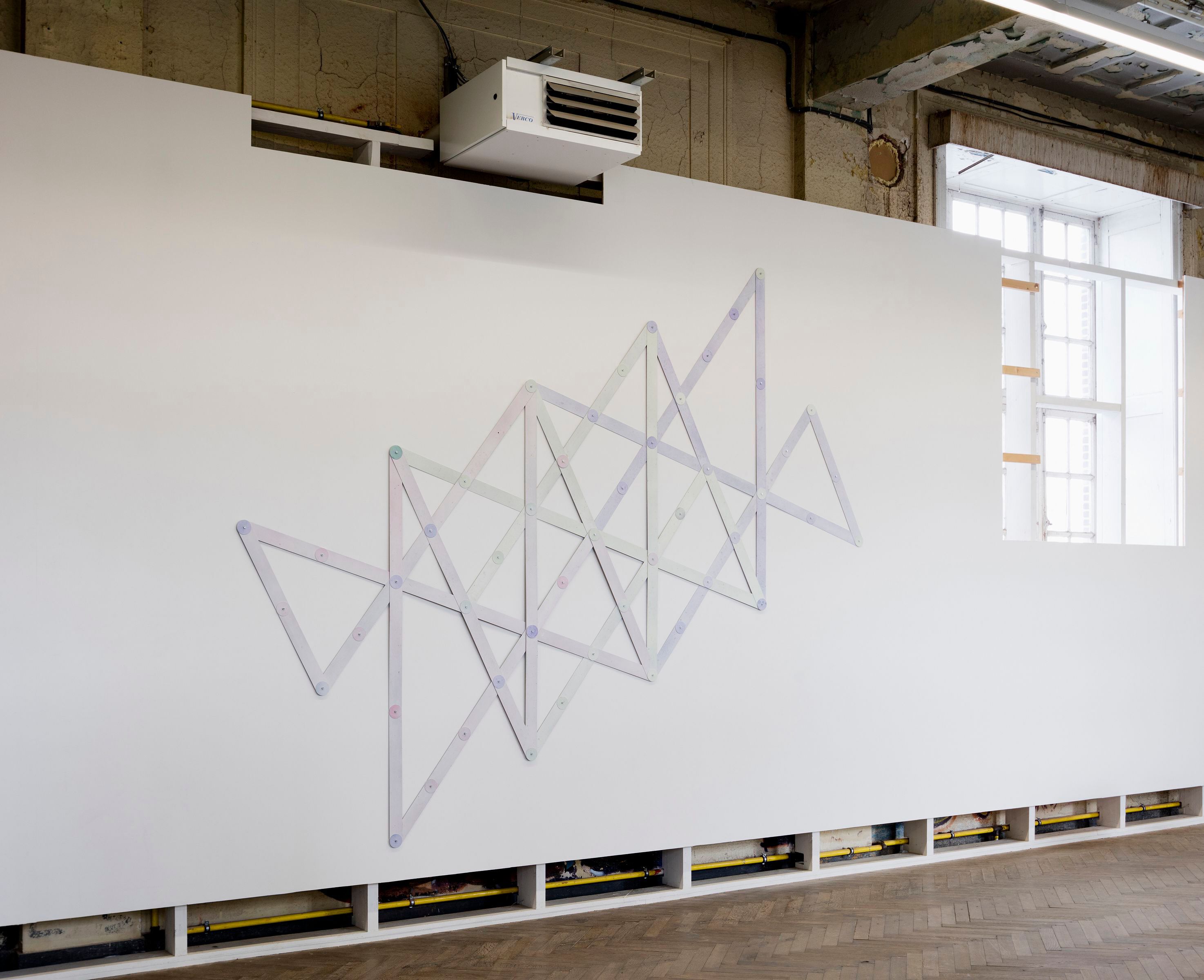 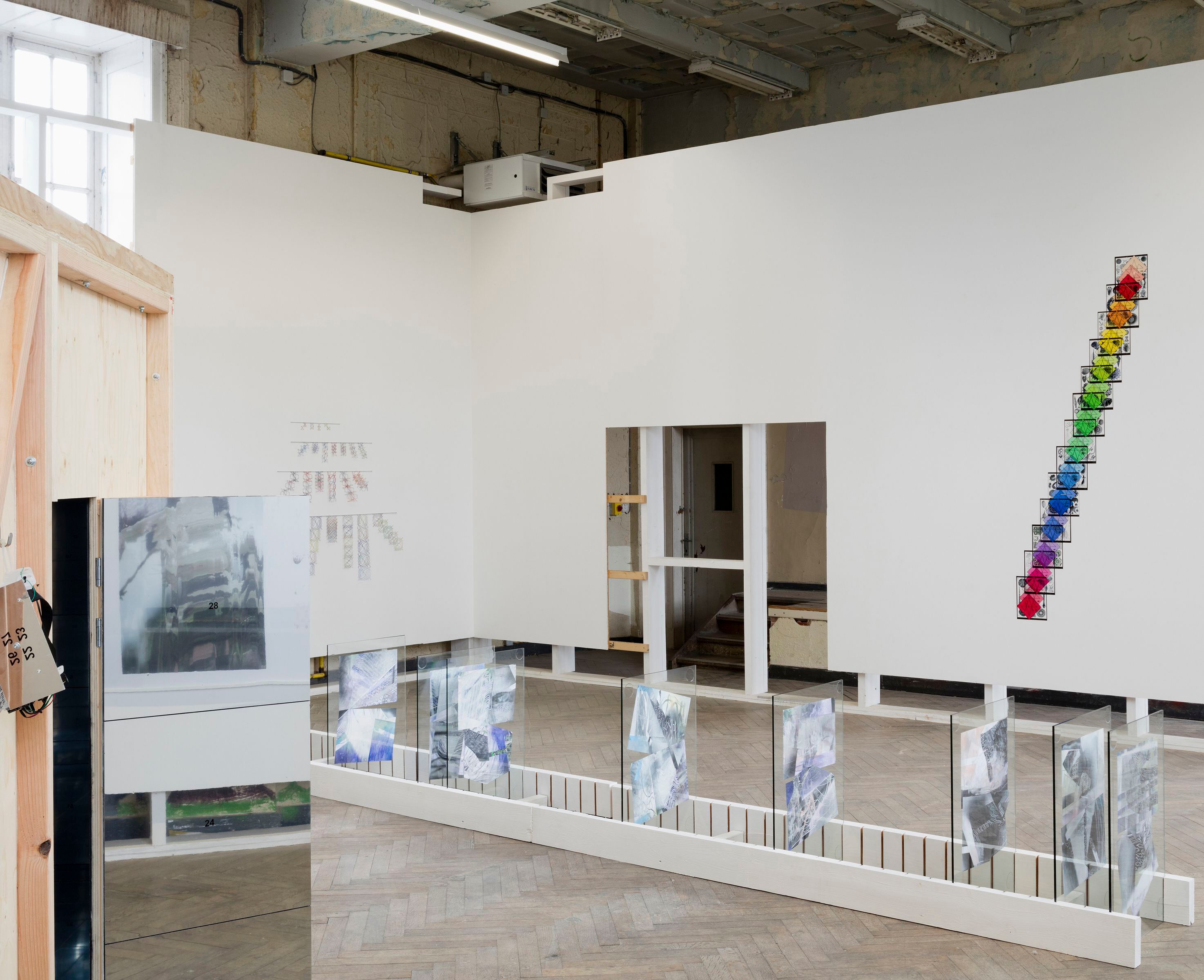 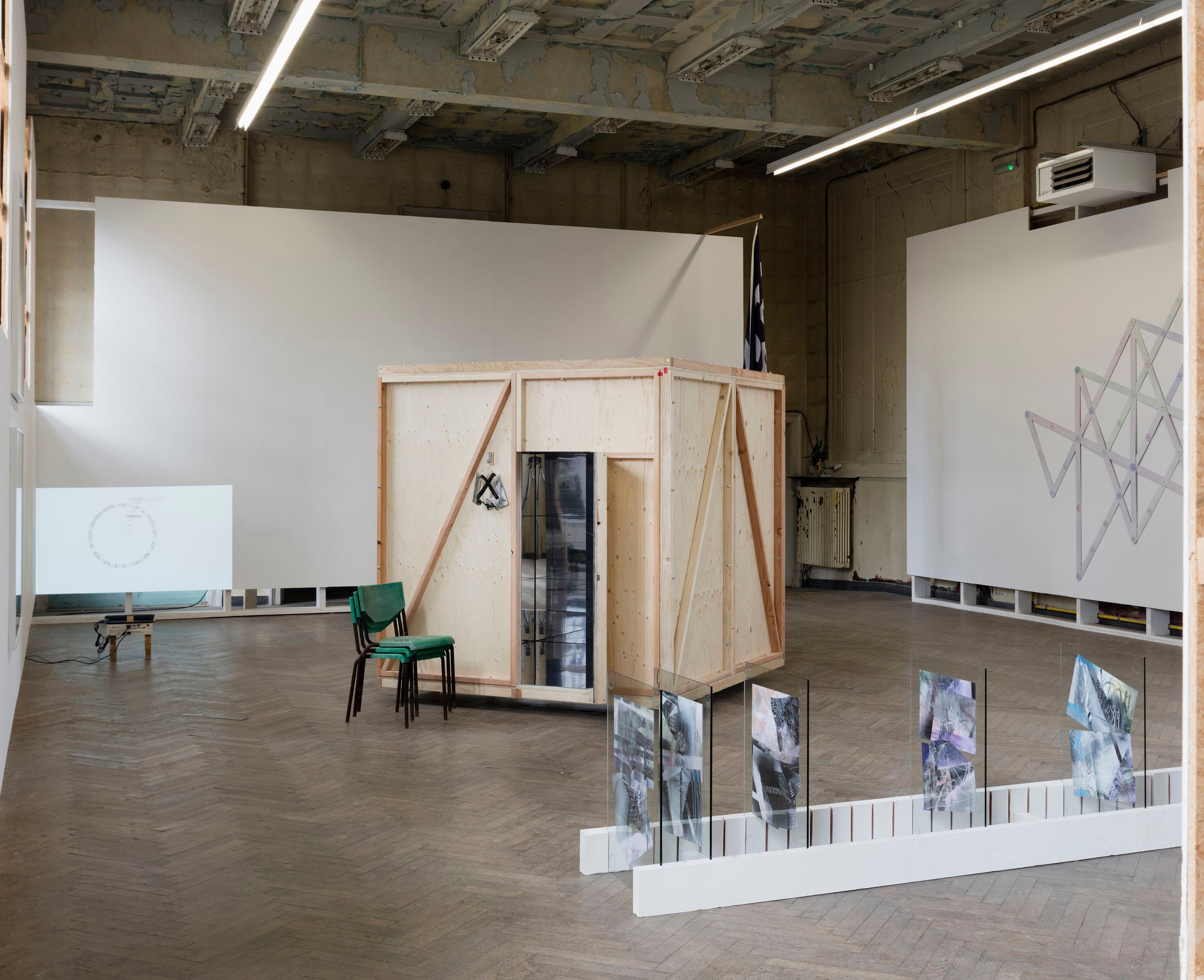 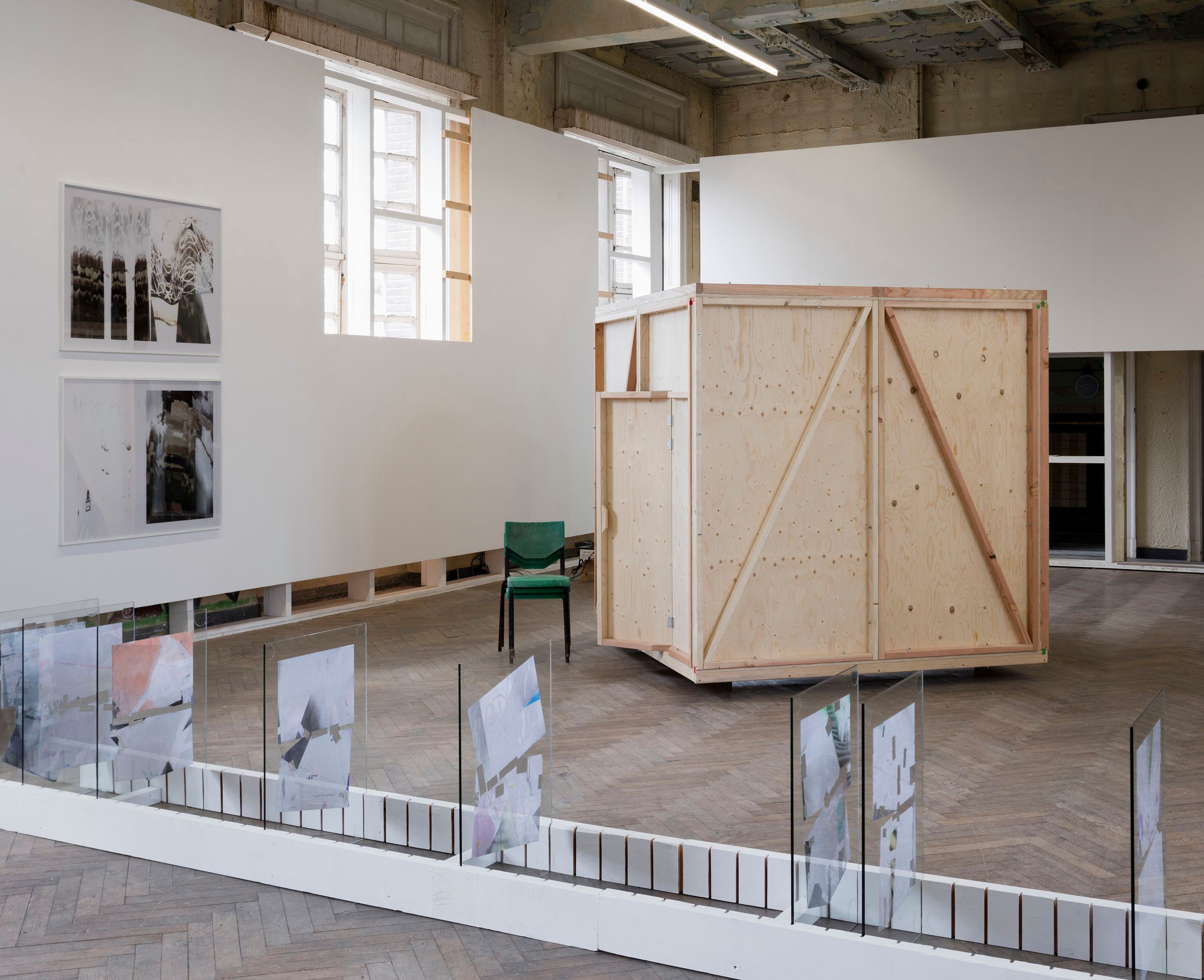 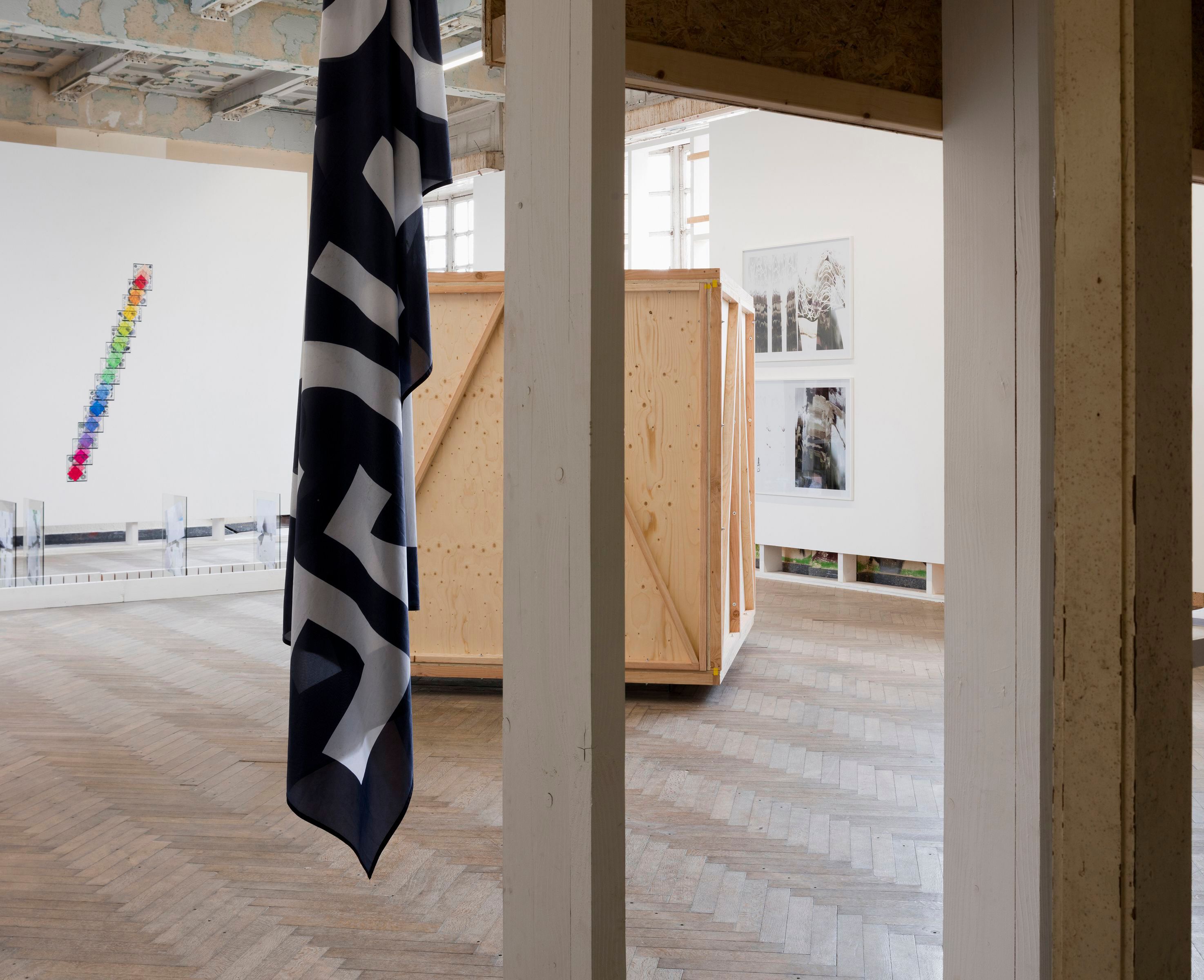 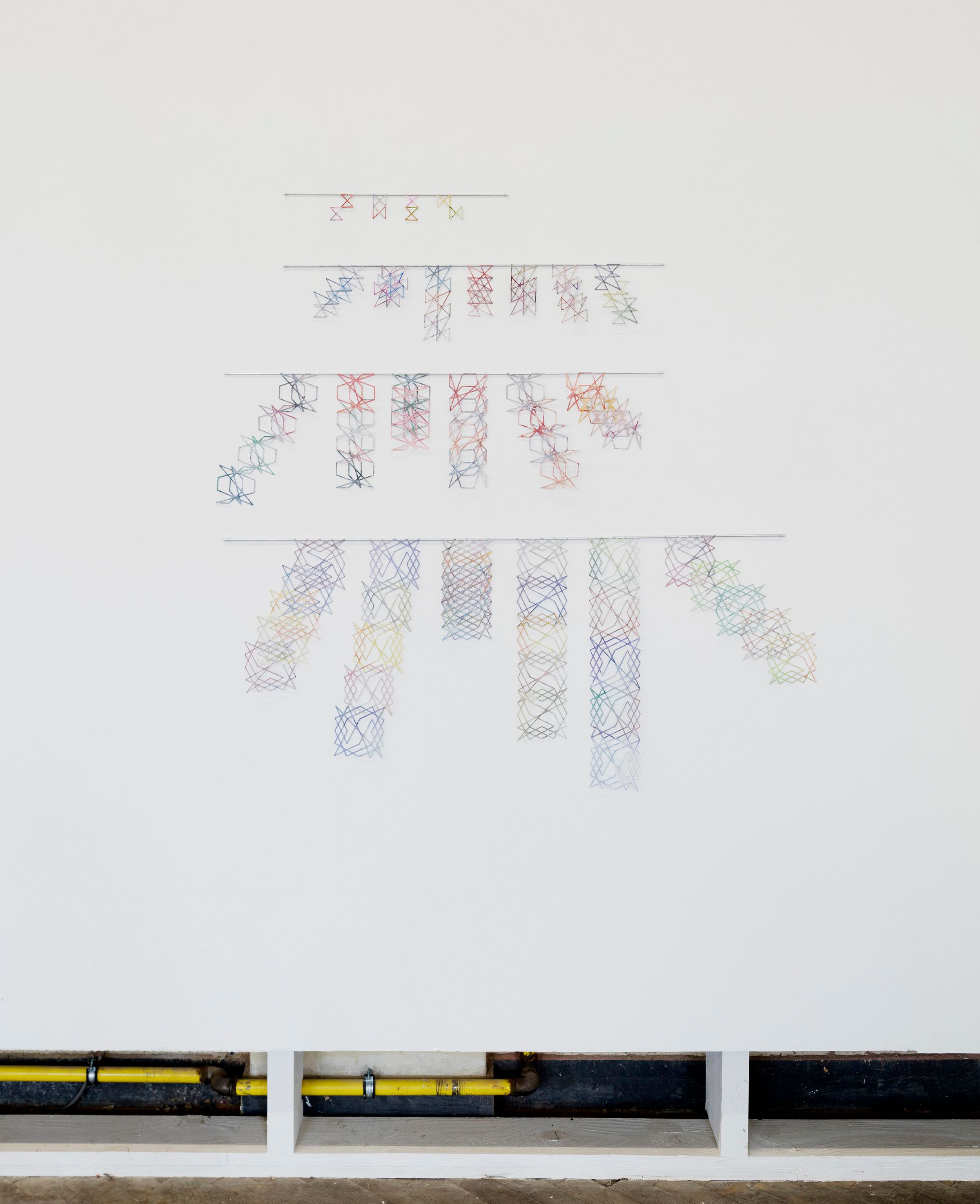 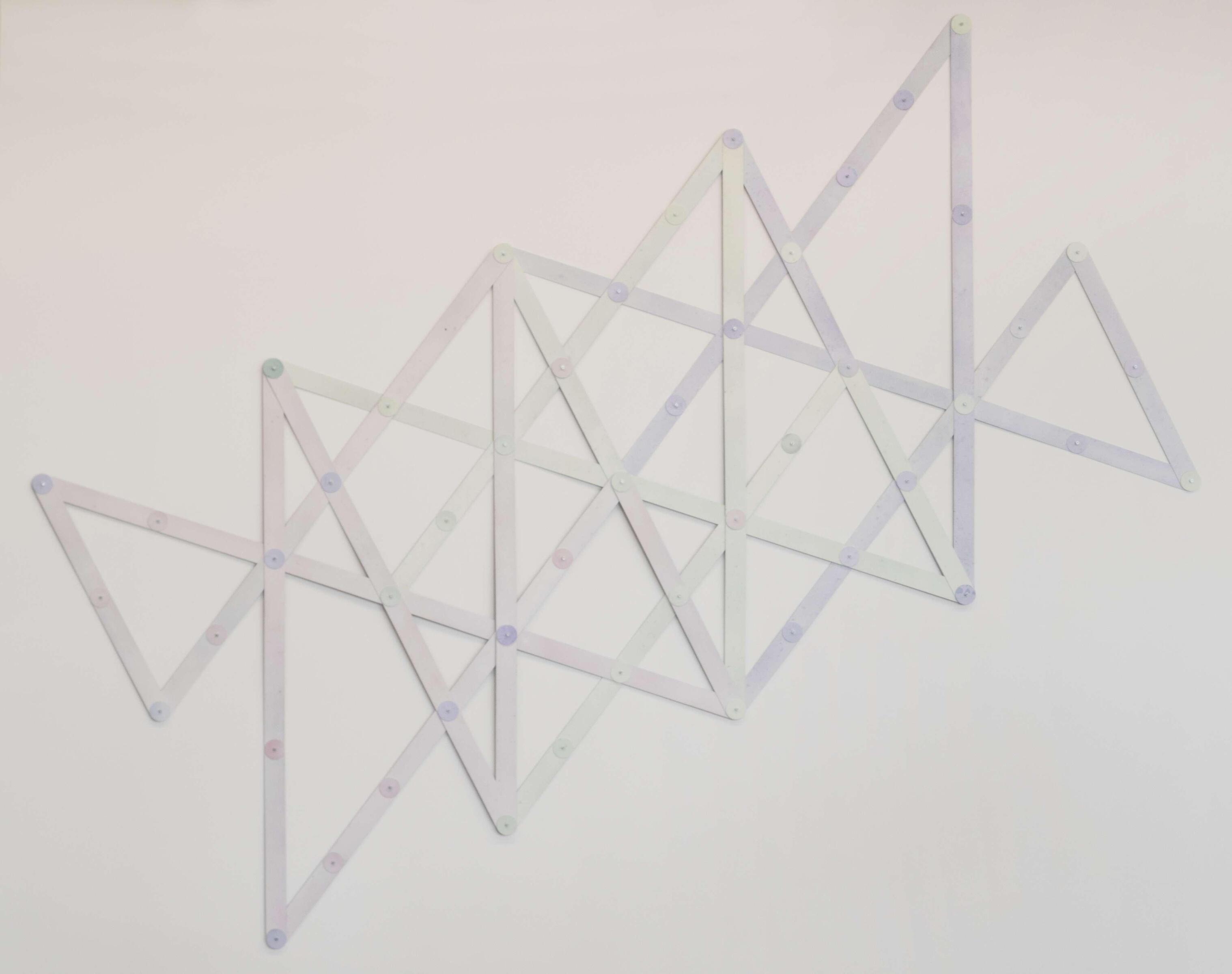 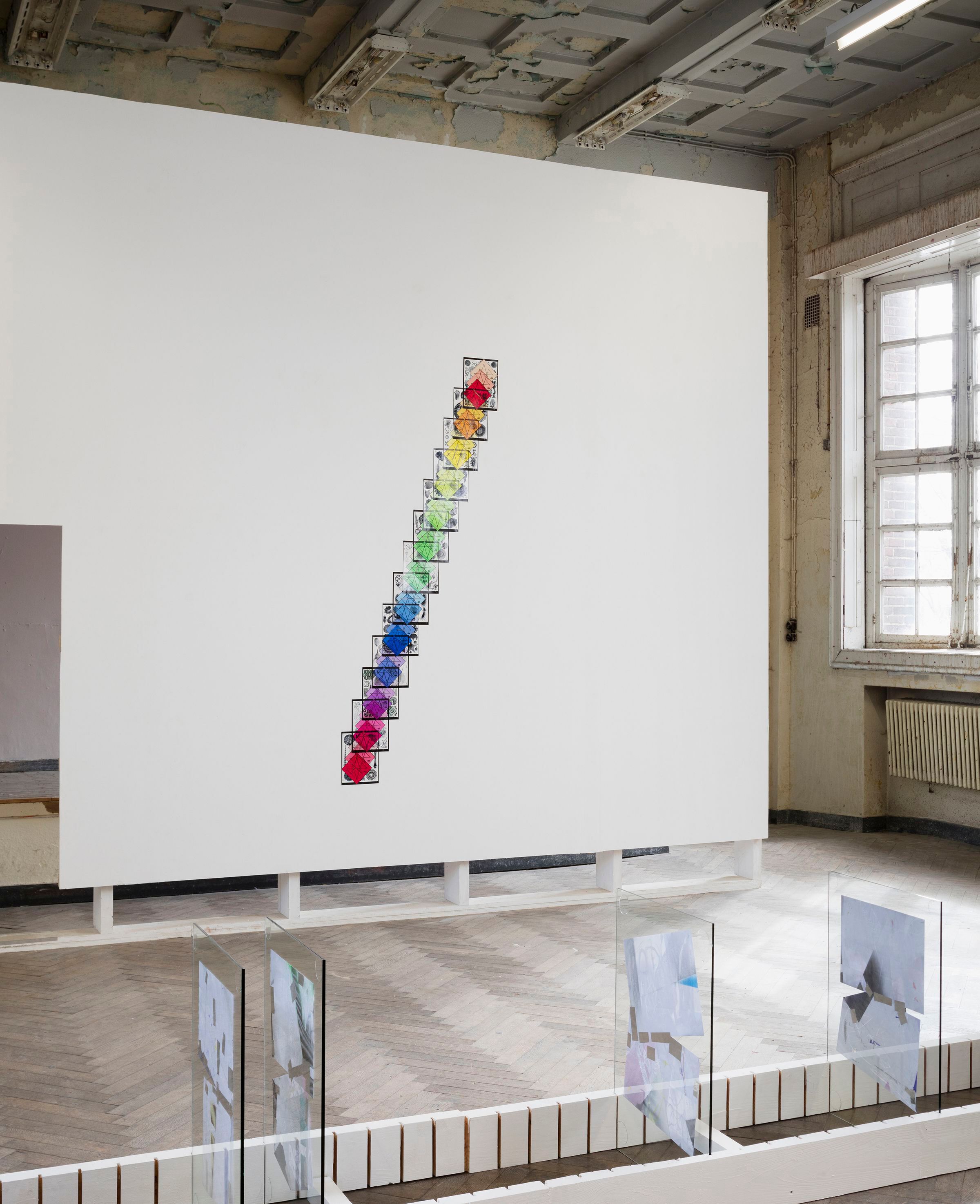 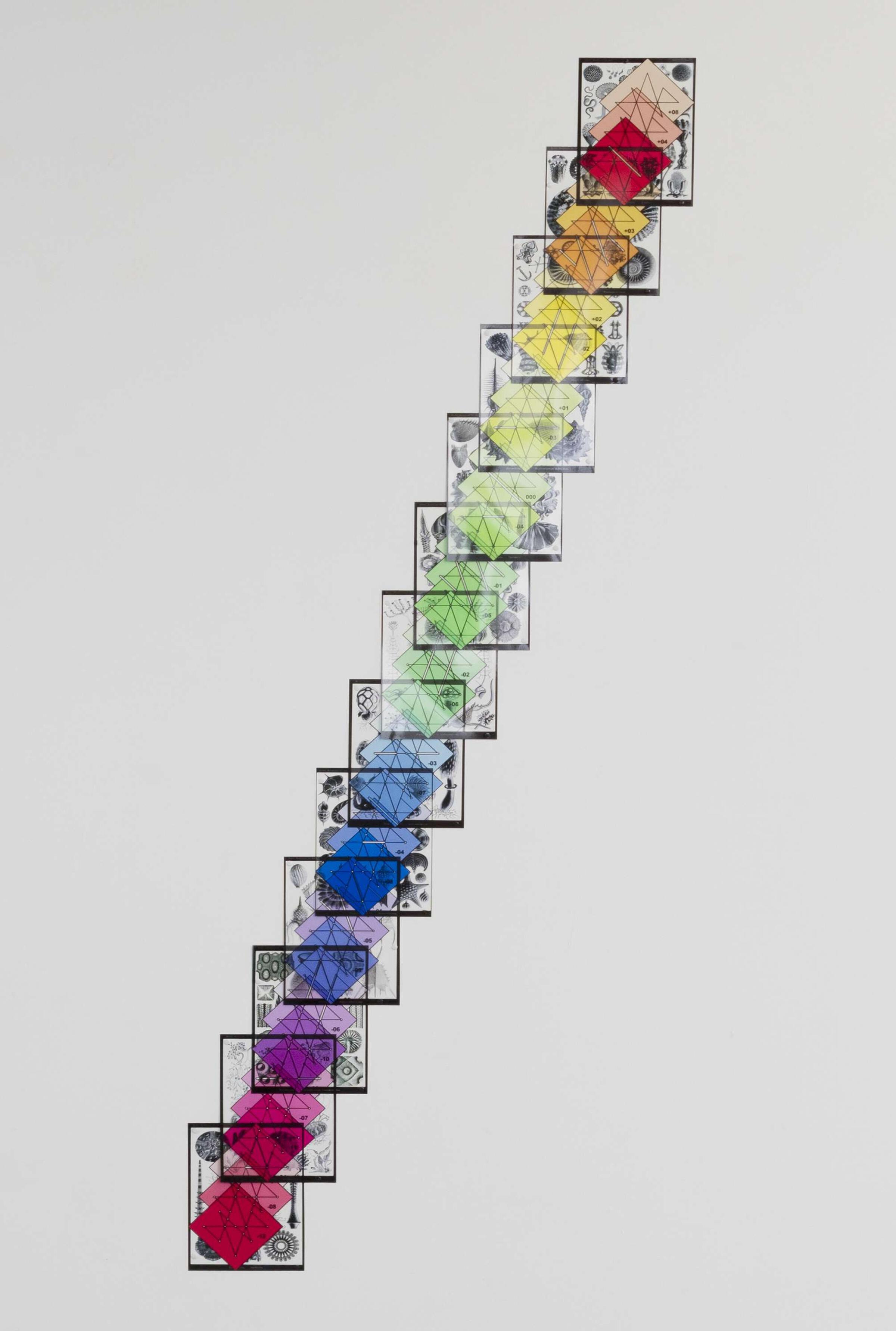 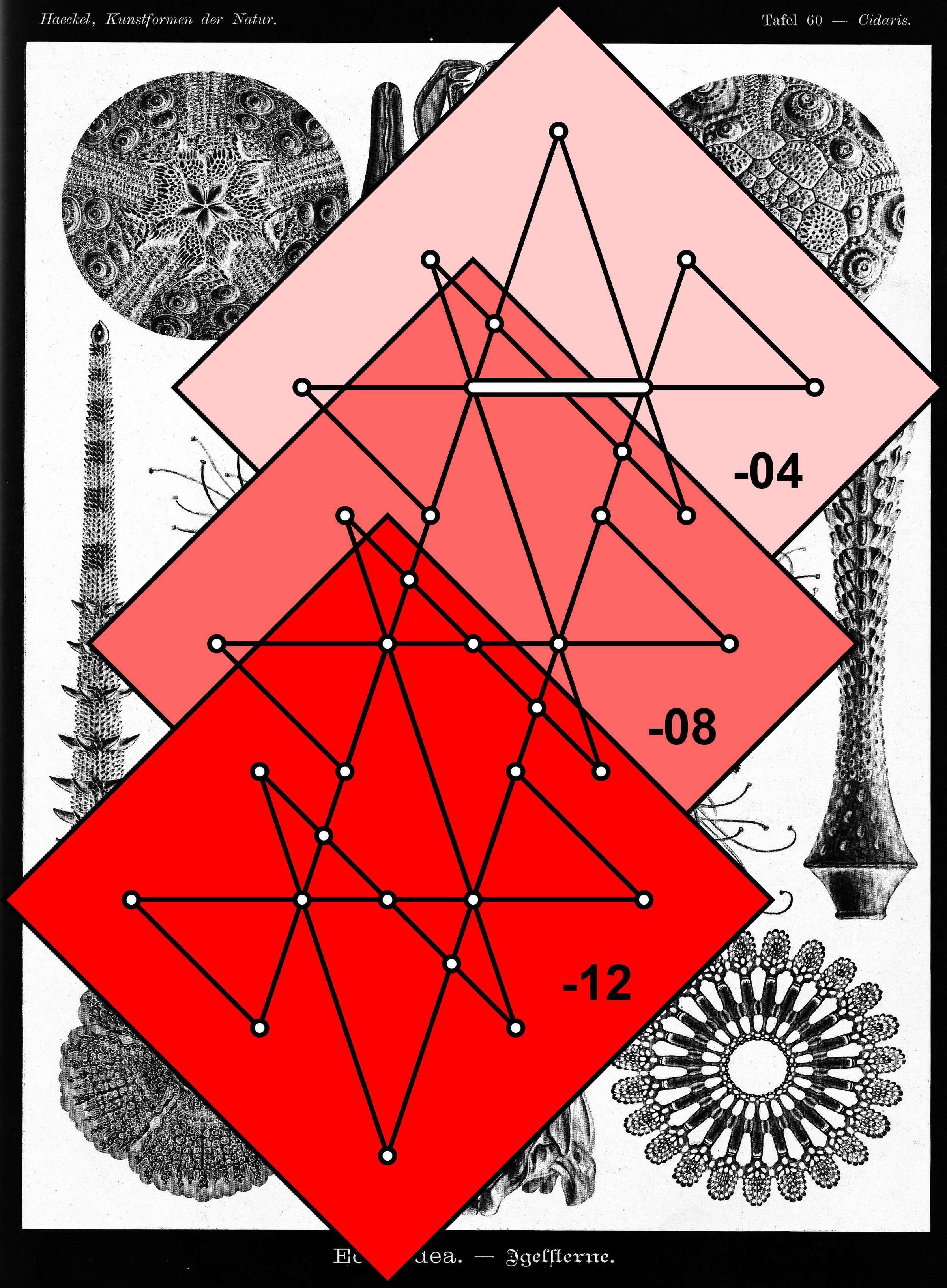 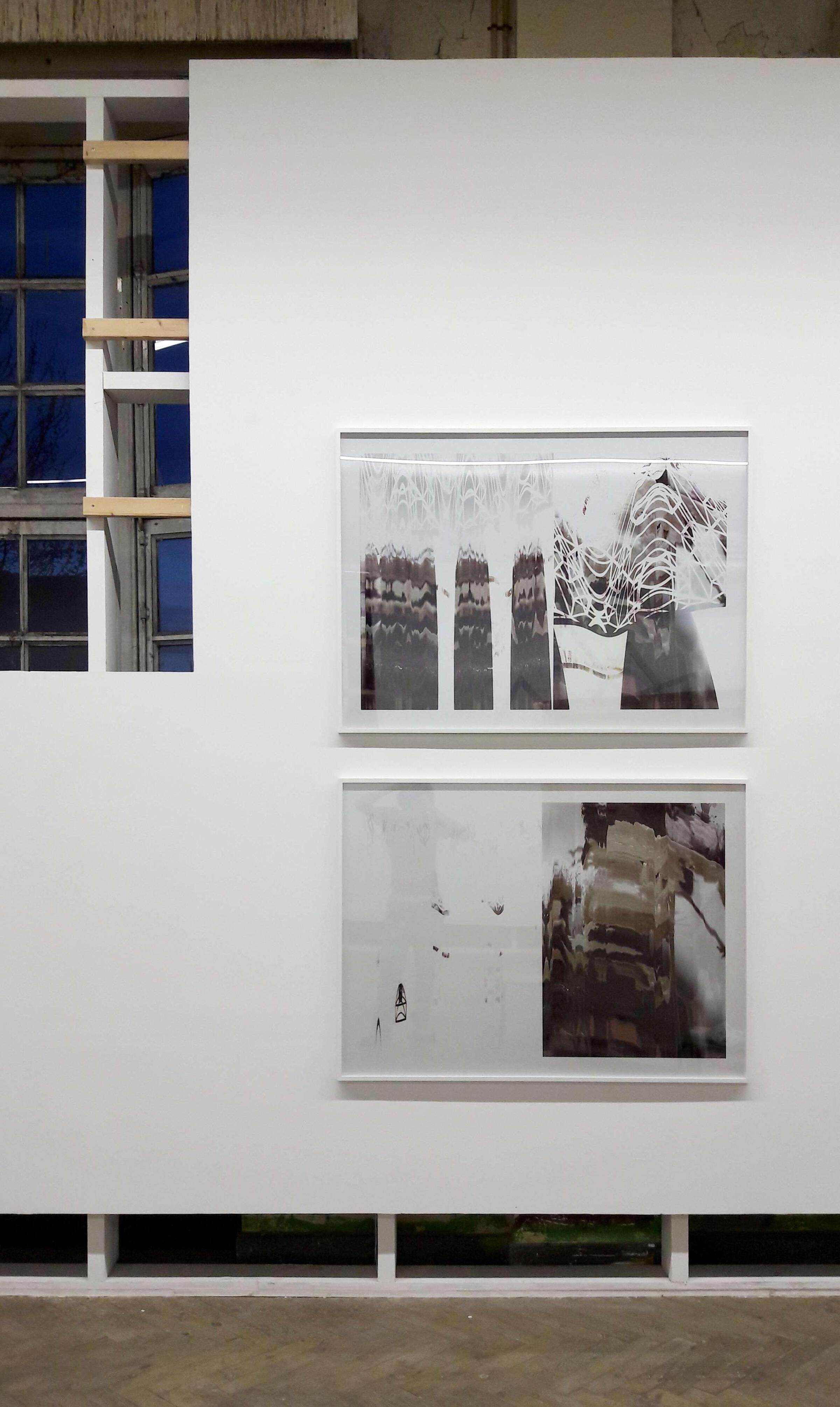 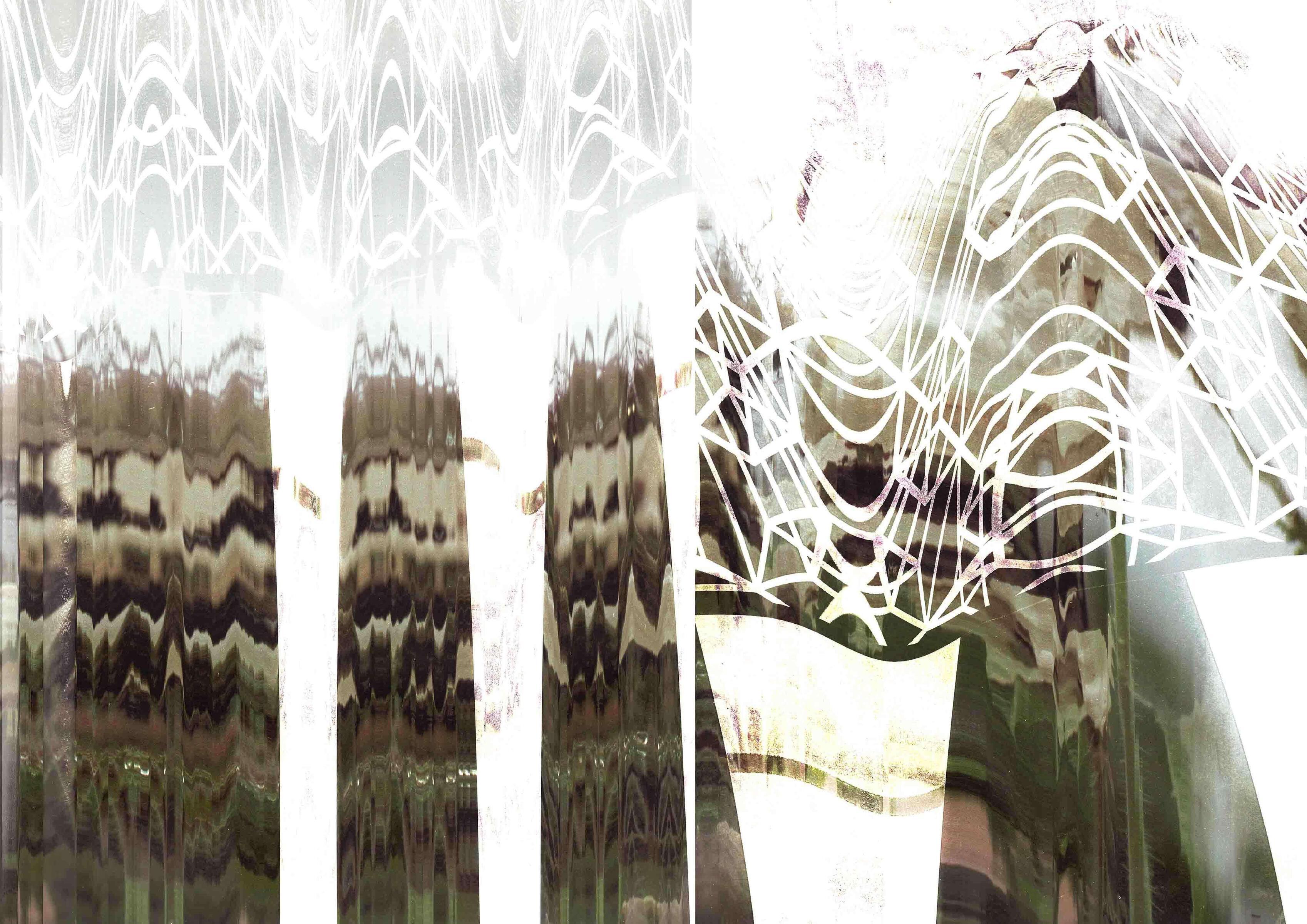 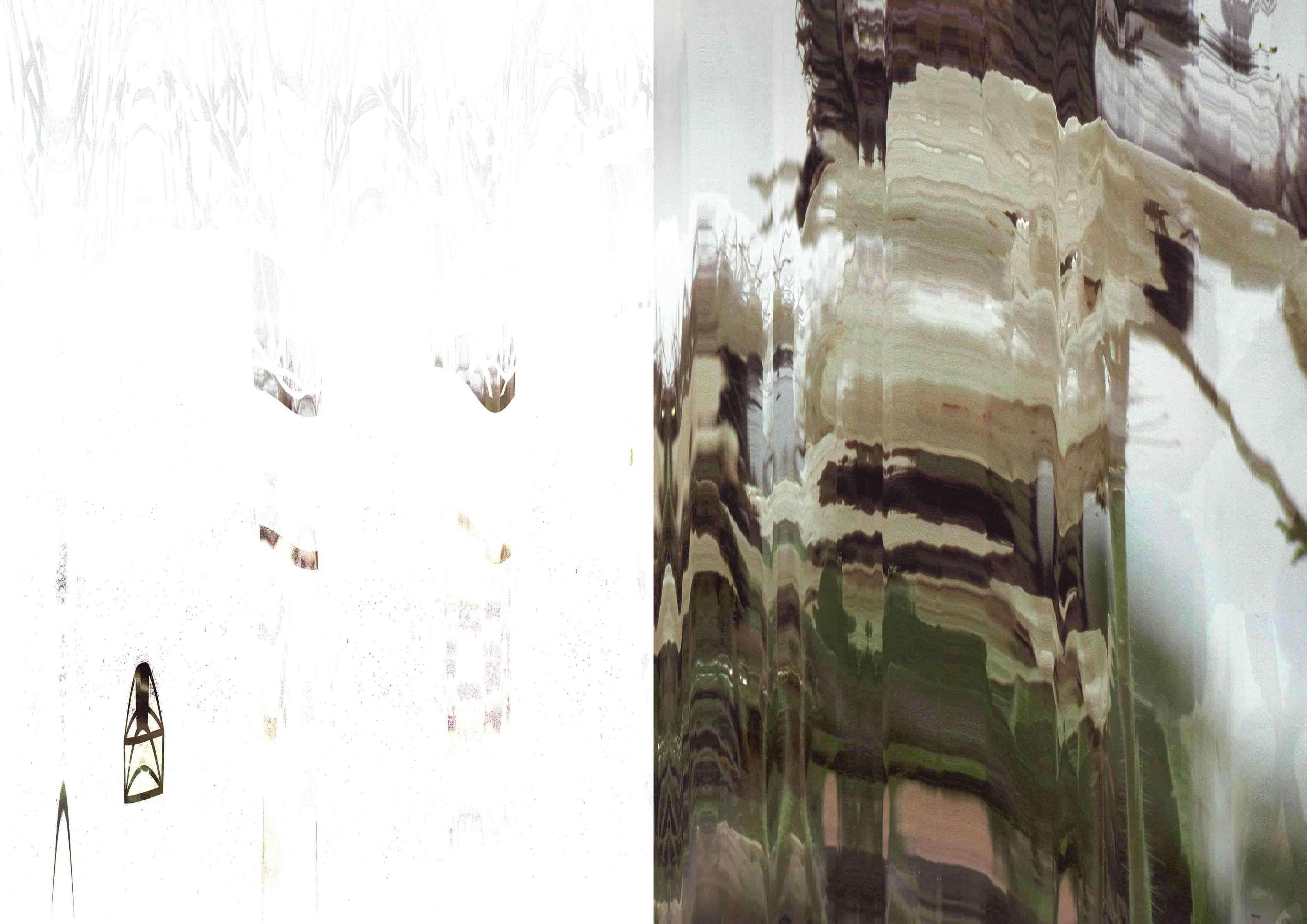 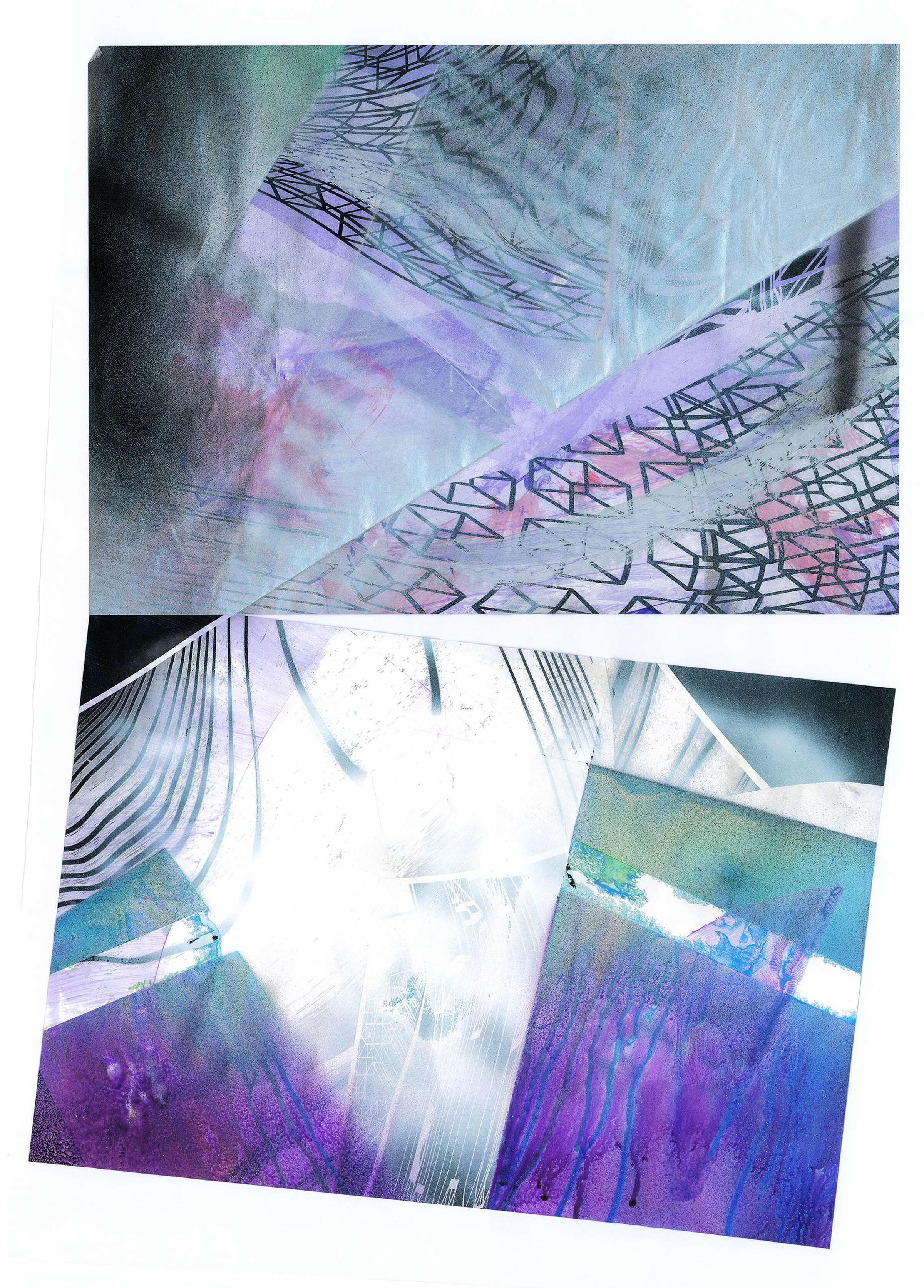 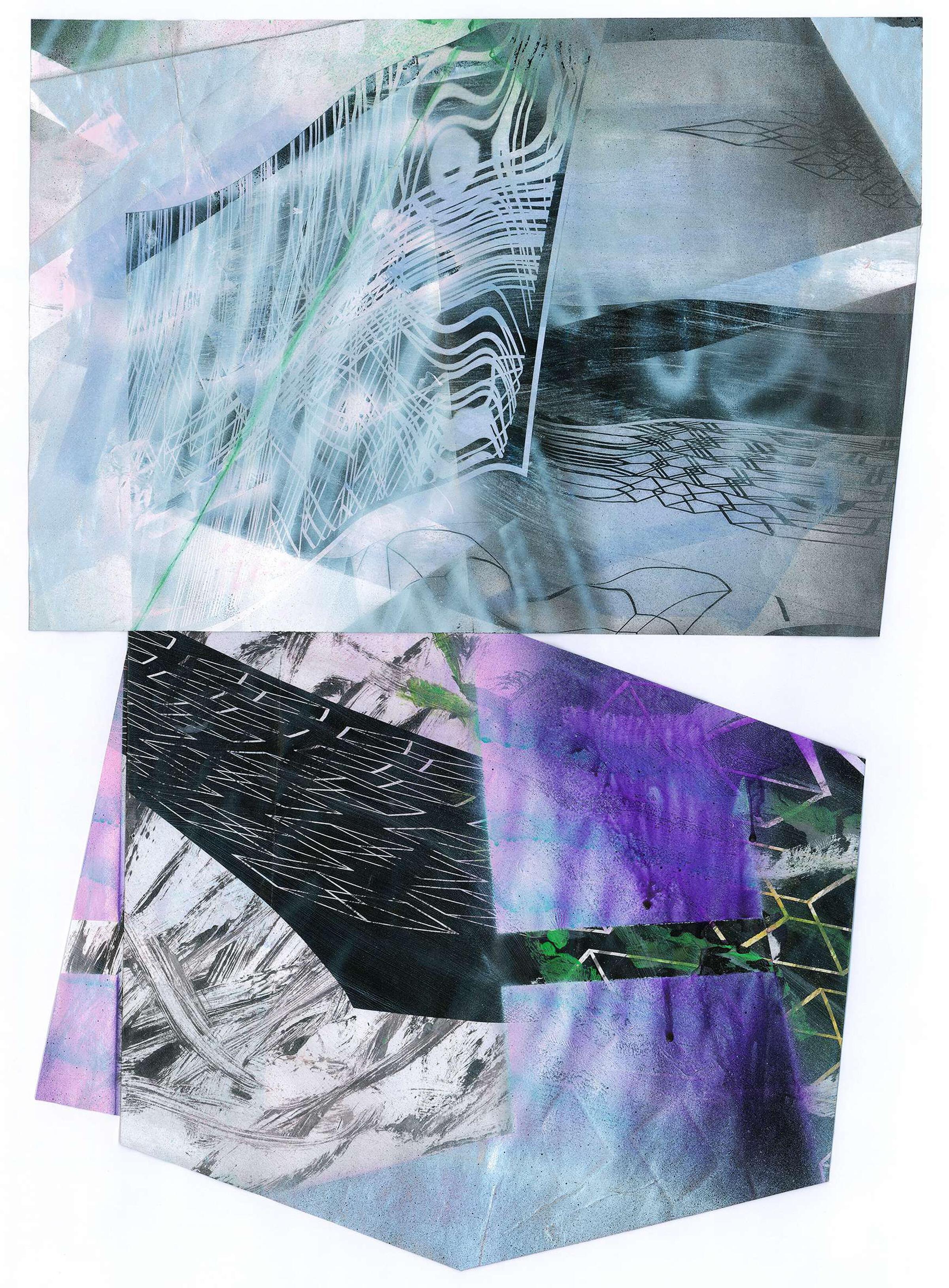 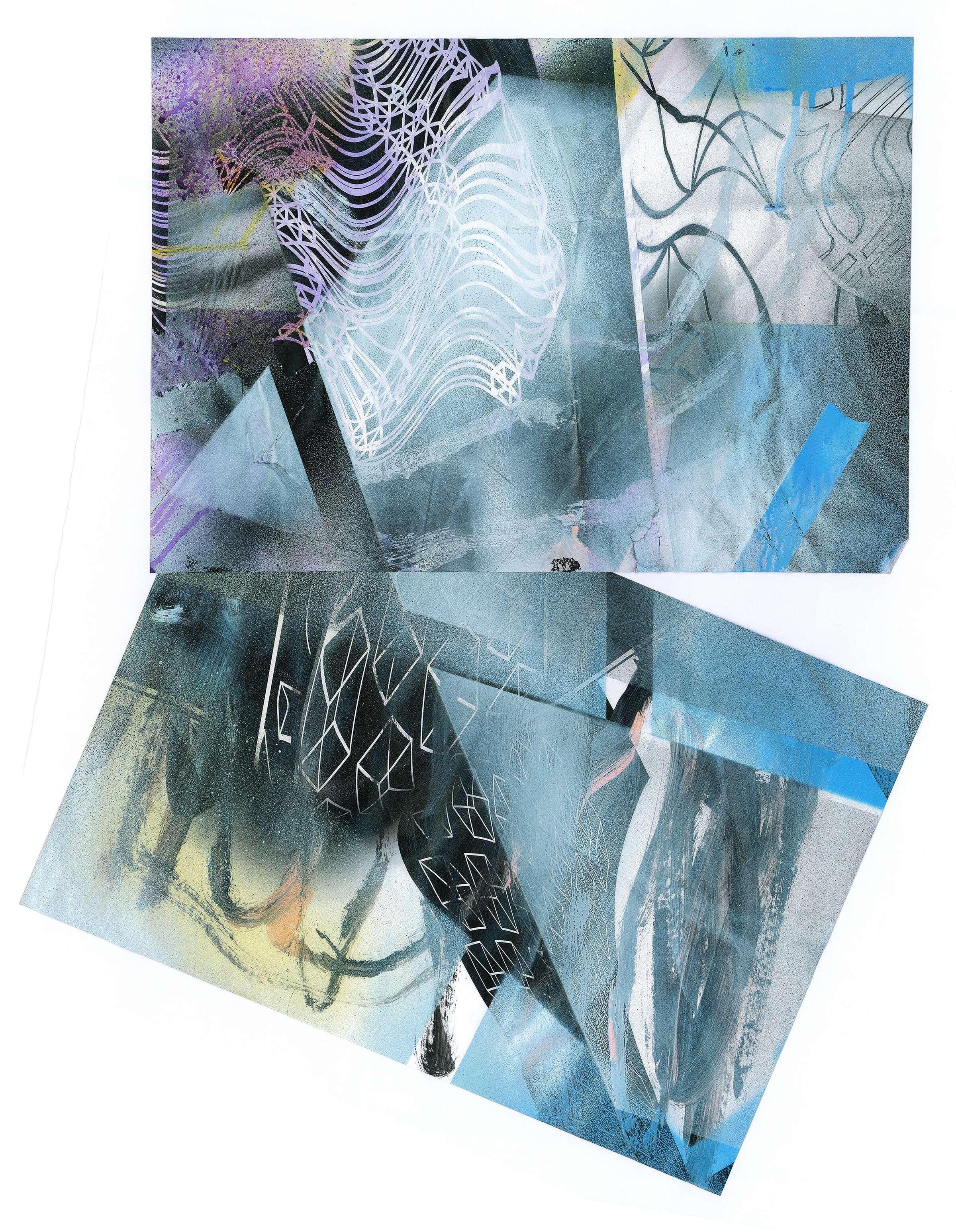