ribrib.nl: "Following the introduction of The Last Terminal: Reflections on the Coming Apocalypse last September, and Part 1: Survival of the Fittest: the big toe of little big man in November 2021, we continued with Part 2: Natural Selection in February 2022, Part 3: The Phantasy in March, Part 4: The Uncommunicative, and now Part 5: Vibrato. We are gradually adding new works and replacing some existing ones to build a narrative that evolves whilst we are rethinking our pathways and future.
Slide into being. Slither into existence. Swim into a pool that was bigger than you expected. Now we’re taking notes from the cricket, whose vibrations sing a seasonal song in looped repetitions ‘and then, and then, and then’: What now? Shall I write about the table that makes squeezing sounds as I press the keys, as if crickets are making love? Why not? Or mosquitos carving their way through my TK-Maxx trousers?
Sursurak is part of the spatial interventions by Olivier Goethals will have you pass through the beard of Fath-Ali Shah Qajar, and glide over the remnants of Kianoosh Motallebi’s work From a Marvellous Faucet. In addition to the fact that Motallebi’s work was knocked over last month by a visiting neighbor, it has also been attracting dust and debris from the MDF plates that were cut in its vicinity."

Pictures: Lotte Stekelenburg.
Picture with people: Job Willems.
Many thanks at Maziar Afrassiabi! 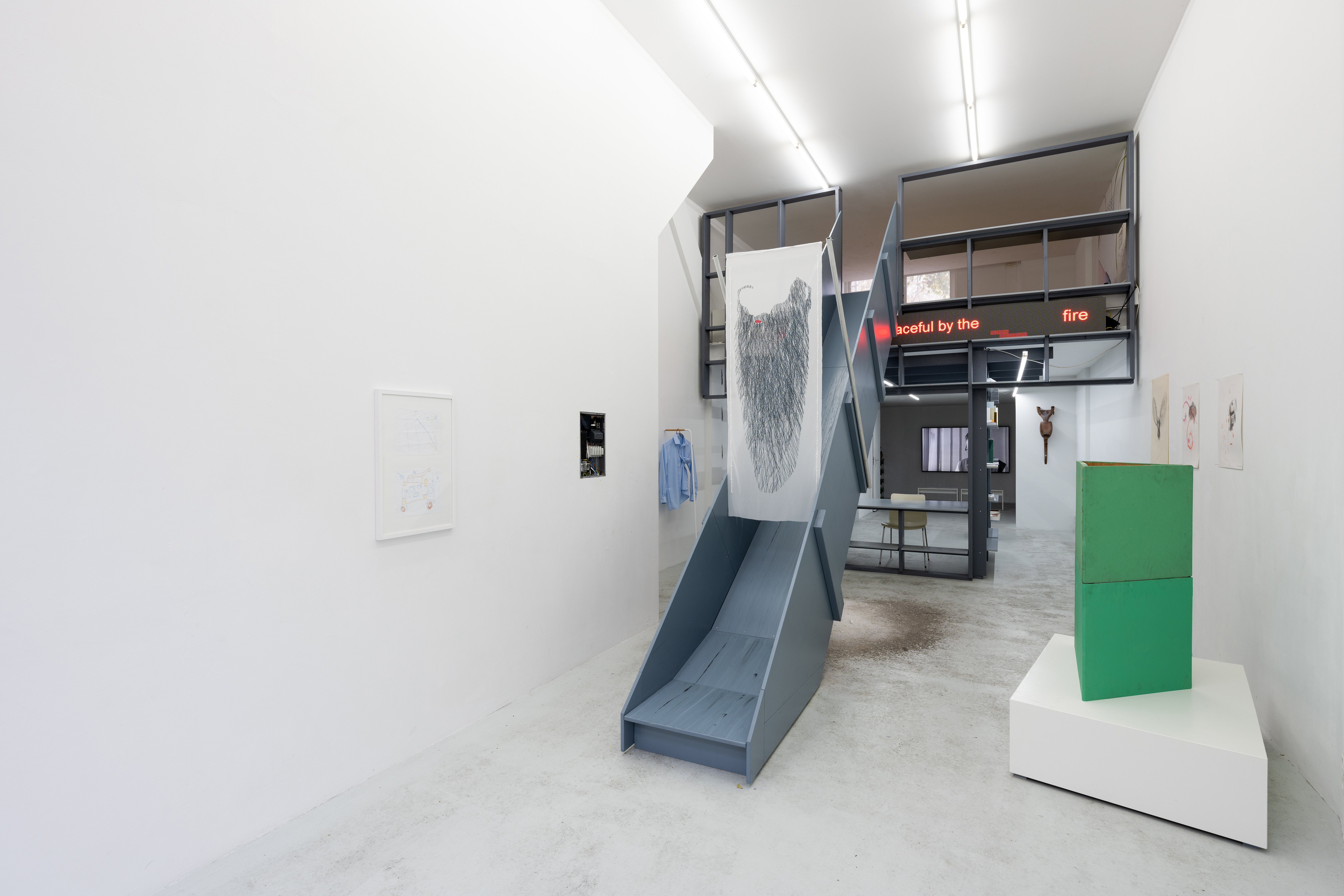 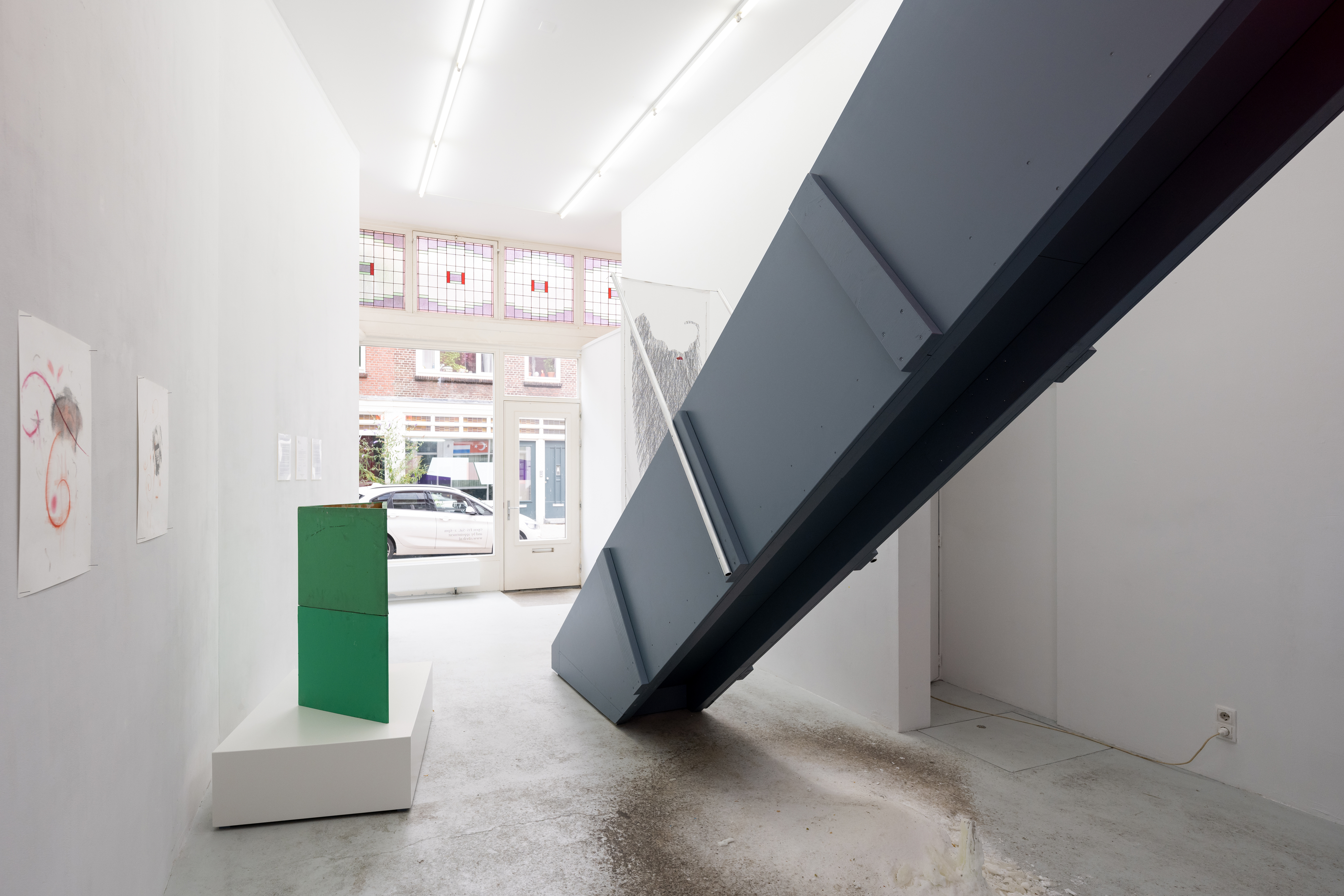 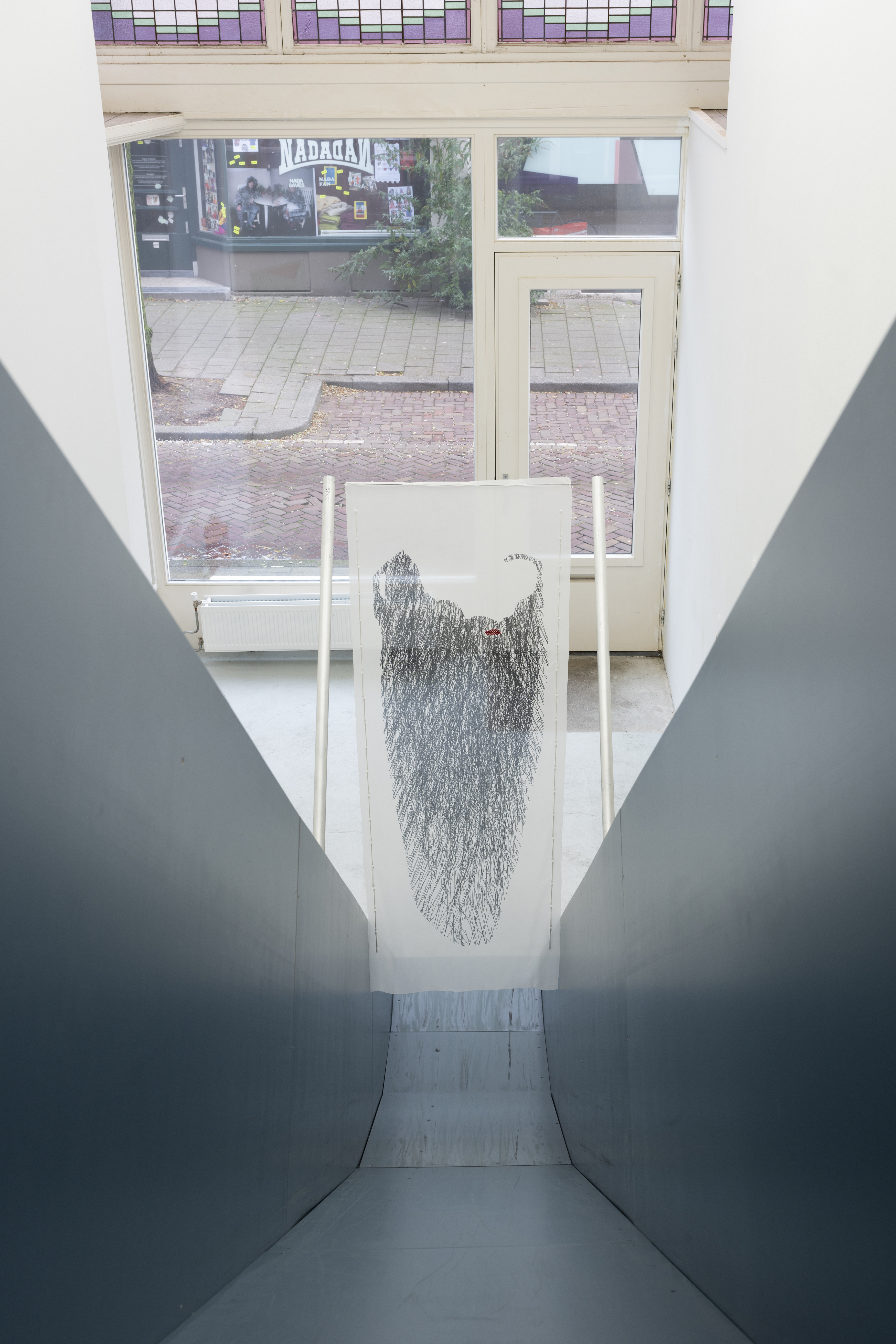 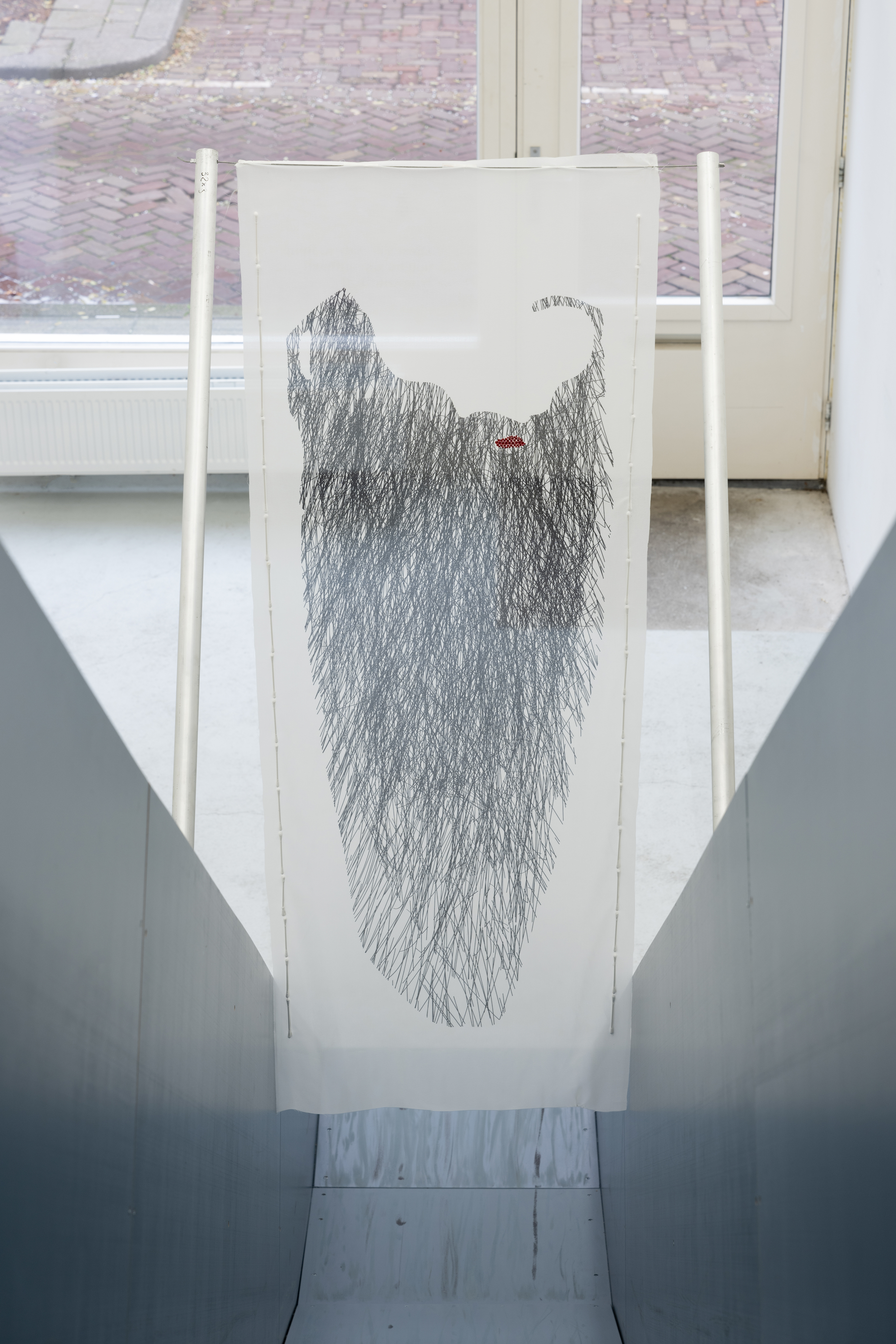 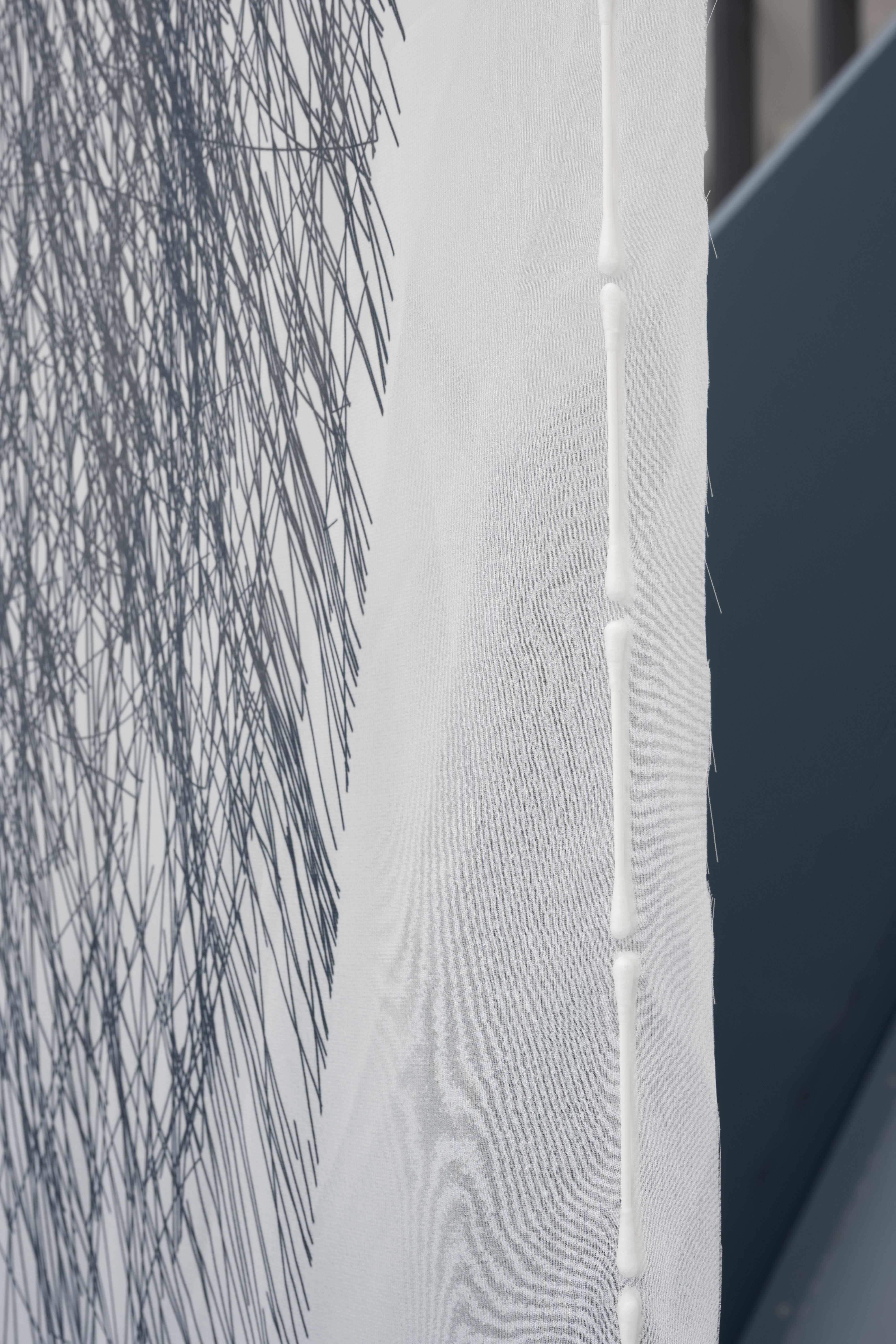 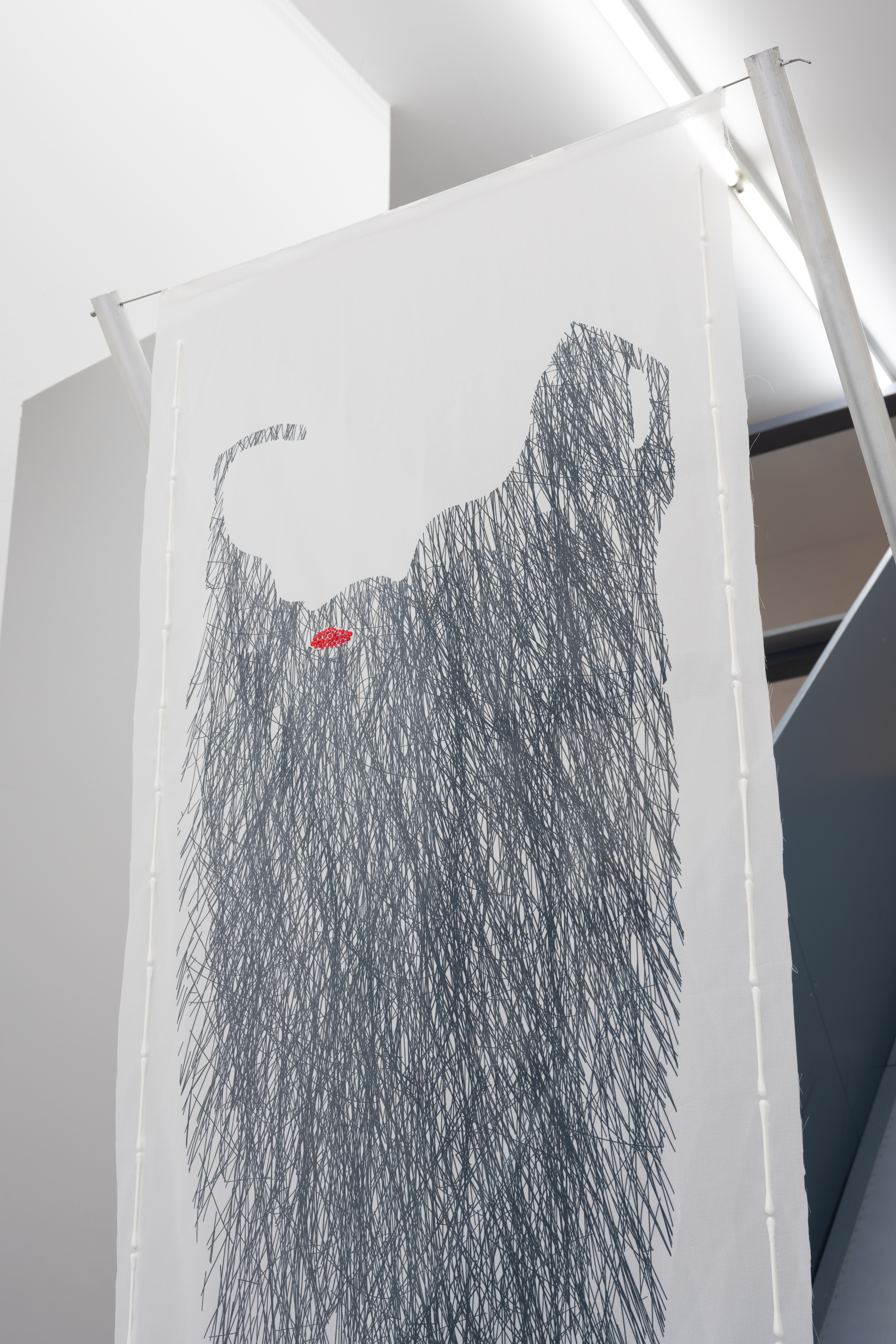 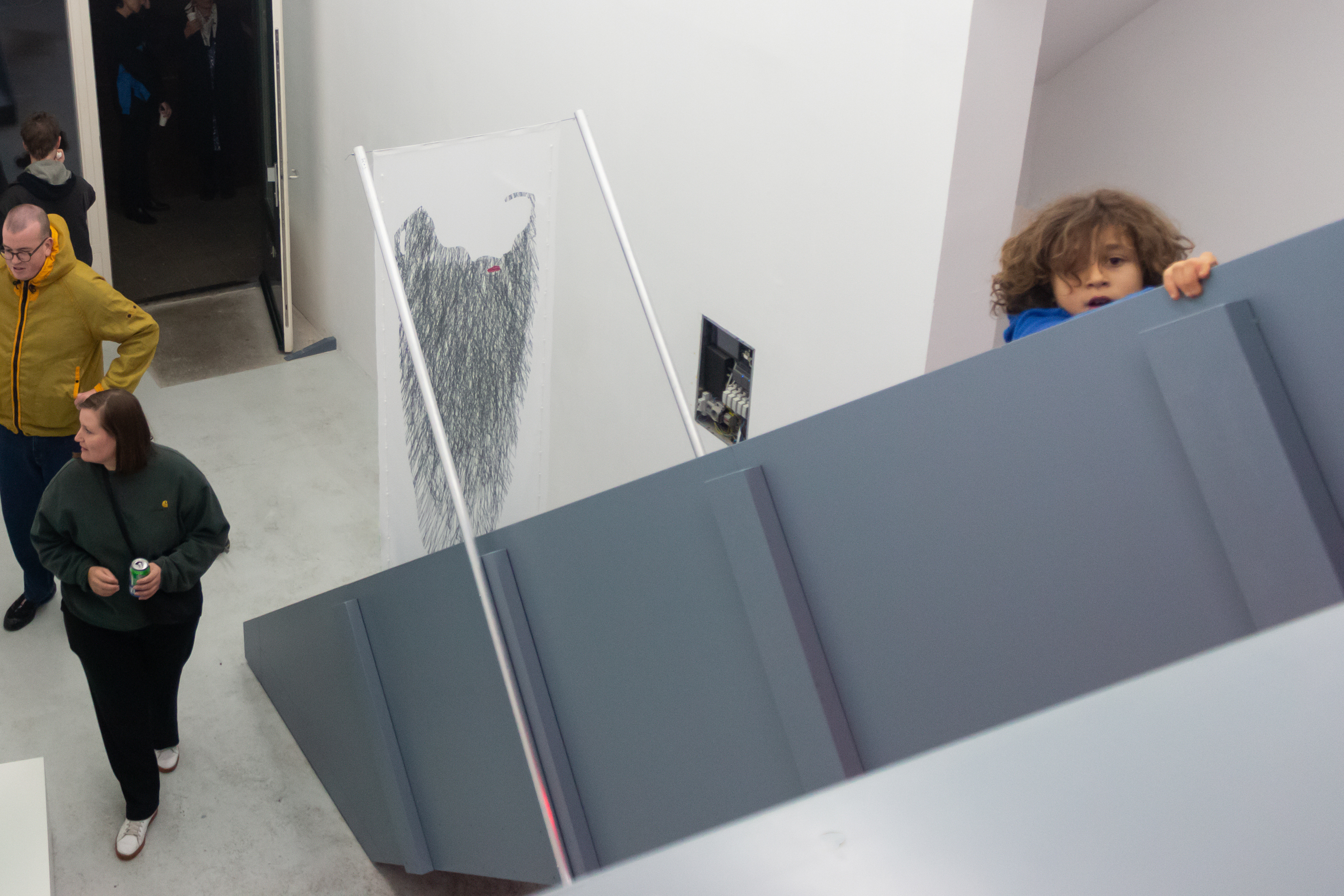 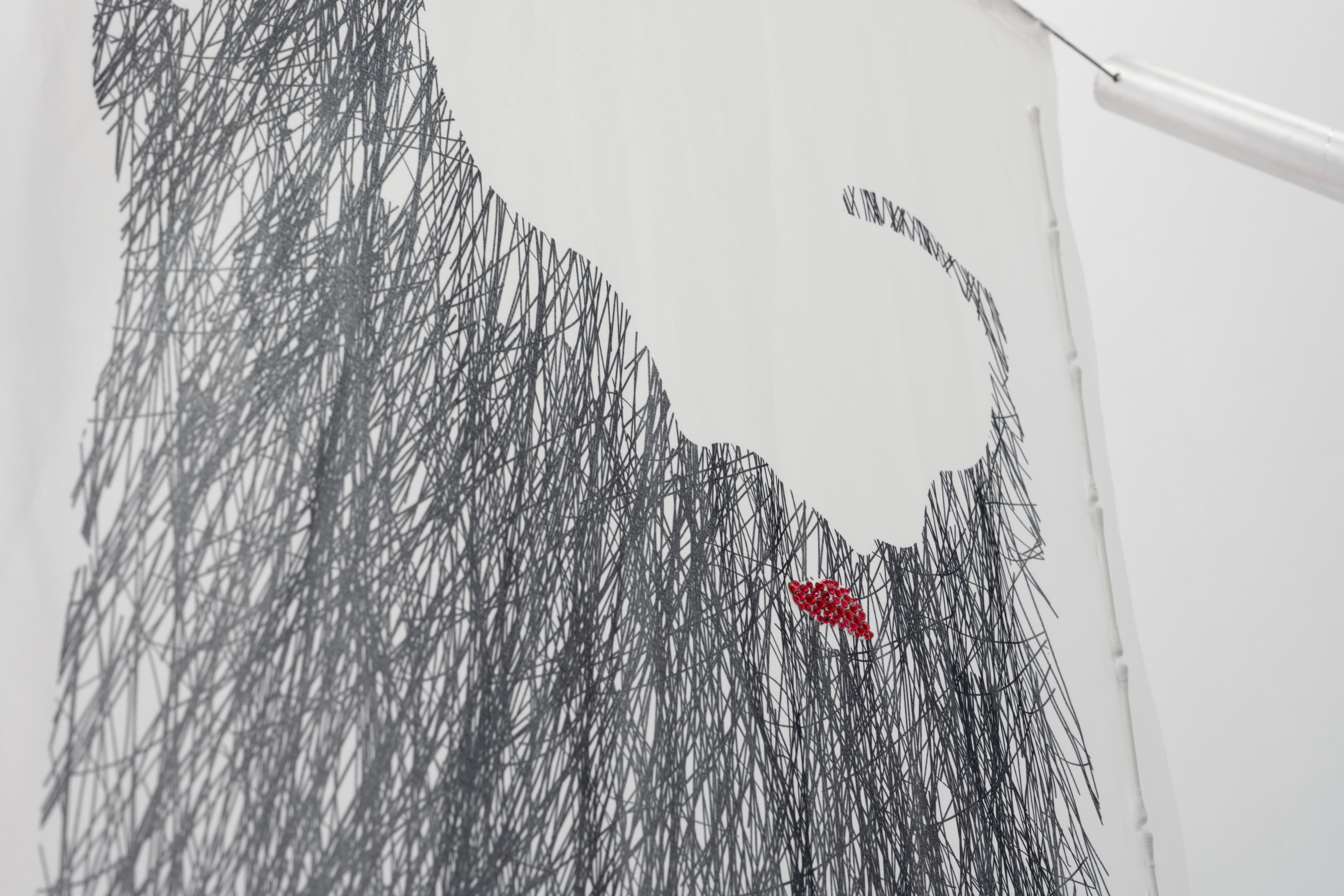 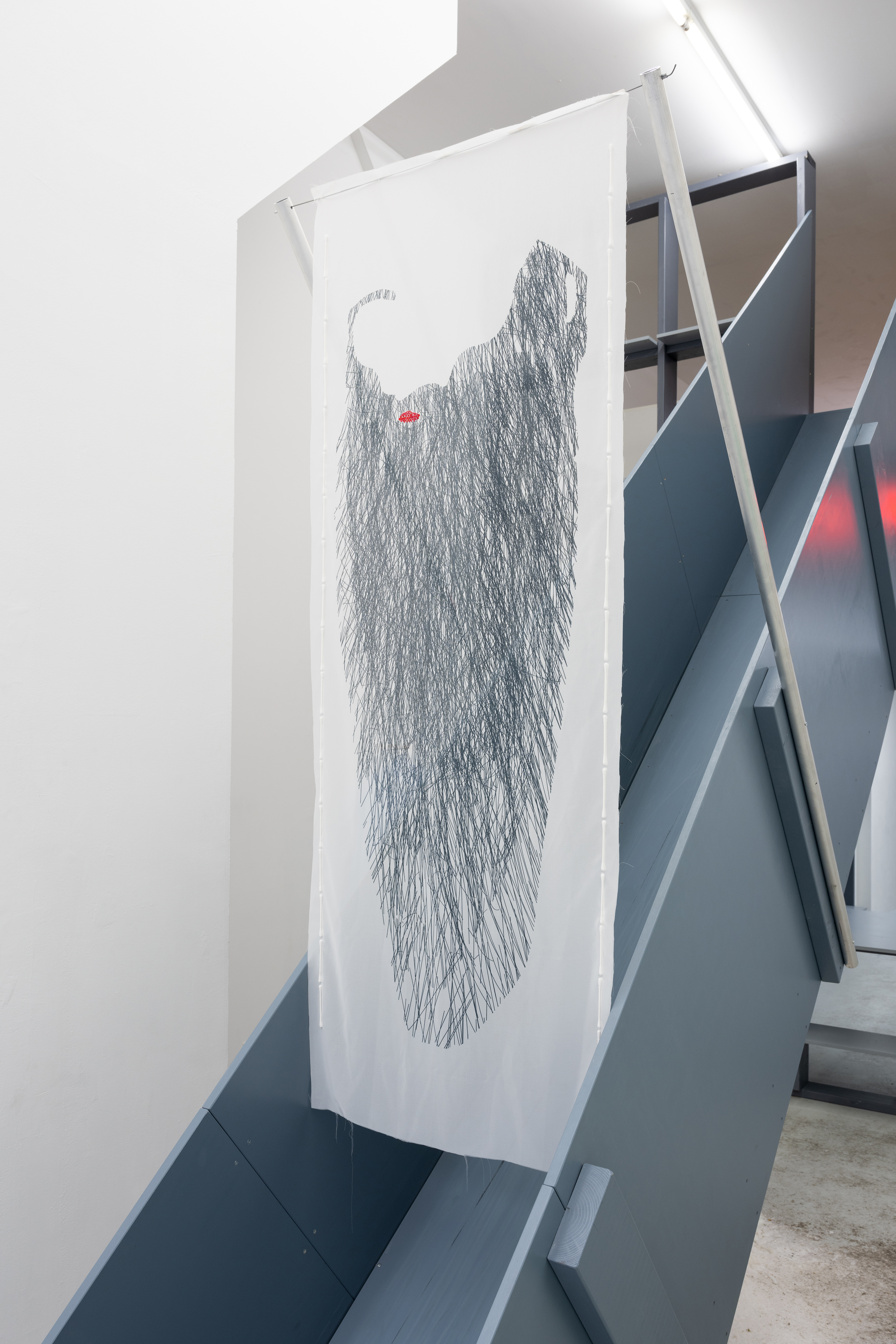 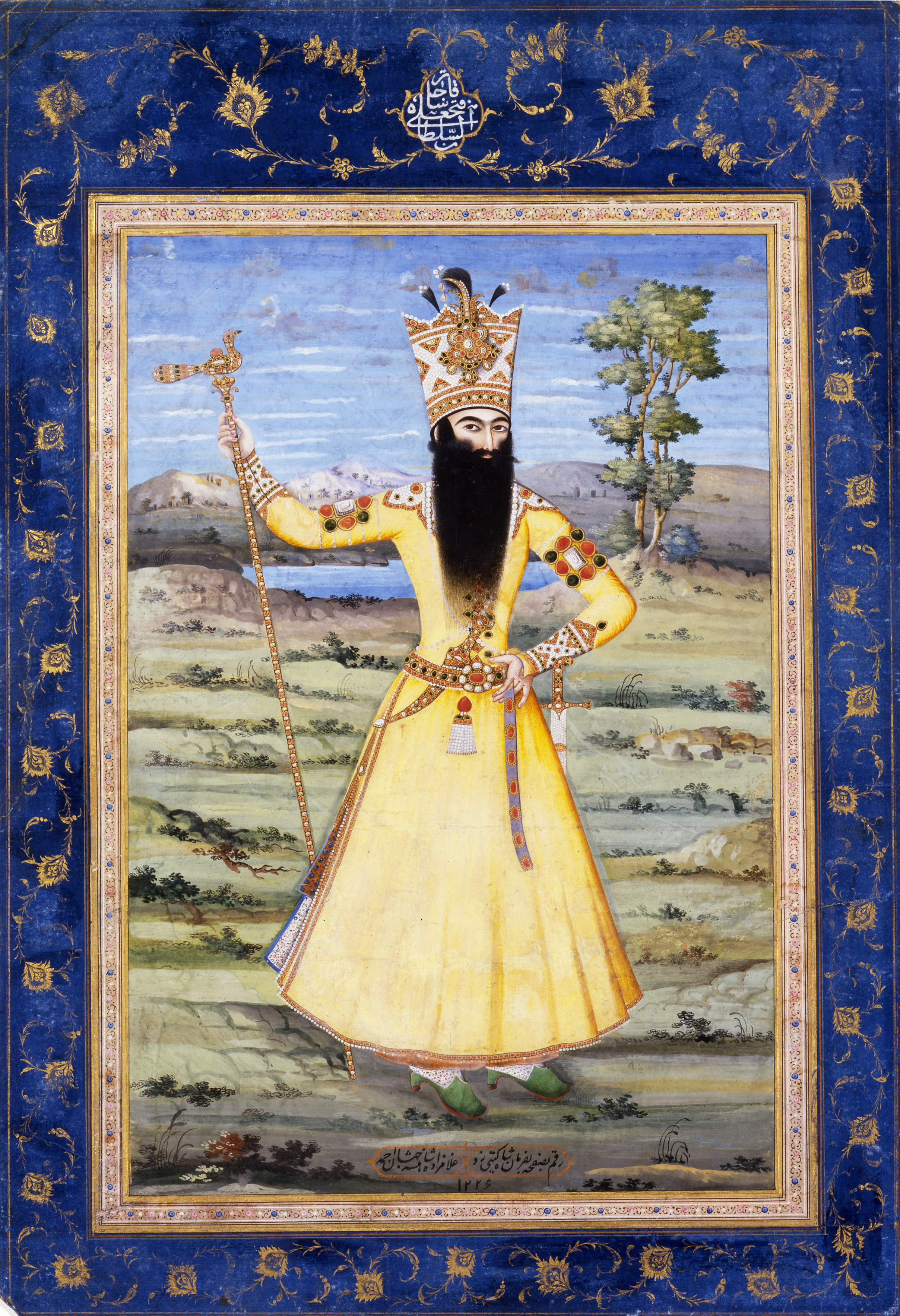